Let's start with a different feel than the last preview I did! Let's be positive! Let's look forward to today's match-up between an extremely adept Pelicans squad and an extremely.... an extremely... well I'll let you fill in the descriptors for the Kings. This thing is getting published like two hours before the game starts so you all really aren't going to need too many extra frills on this one.

Positives, In Regards to the Sacramento Kings

(Maybe the World If I run out of things):

-As far as we know, both De'Aaron Fox and Lonzo Ball will be healthy for this one, a rara avis of such mythic proportions that in the past, people (not naming names) would be tempted to tweet borderline inappropriate things from official Twitter accounts to celebrate the match-up.

- I will not be in charge of sending out tweets for this article! (Definitely, totally unrelated to above)

- Zion Williamson might be the first star in awhile that the Kings had discernibly no shot at and therefore cannot be held against the franchise's current general manager or ownership.

That's literally the only good things I have to say, so lets get down to brass tacks and talk about the Kings.

I'm going to drop one more good piece of news on you, not to warm your hearts or give you any tangible hope, but more to inoculate you against any hype that might float into your room during this game. Despite the Gordian knot this current season has slowly tangled itself into over the last 8 months, the Kings are still within a game and a half of the play-in game and with injuries to the Grizzlies and some possible timely play by others, the Kings still technically have a shot. Again, this is not to hype you up. To get in, the Kings would have to pass literally every team above them and a few key losses would still have to be had. Yes, they'd even have to pass the Phoenix Suns, who began this Bubblepalooza with a better chance of snagging the first pick in the draft than they did getting to the play-in game. One of those teams above the Kings? The New Orleans Pelicans - the team most built for the playoffs and only a single game out of that ninth spot. Packed with vets like Jrue Holiday and JJ Reddick and anchored by young Lakers castoffs Lonzo Ball, Brandon Ingram and Josh Hart, the show runs around Zion Williamson, a 290 lb slab of meat gifted by the gods with the ability to embarrass any man that gets underneath him. He's the scimitar-tusked boar that learned to fly, a snowball large enough to make hell feel a nippy. The only way to describe him without showing you a picture would be to ask the first candy-addled ten year old you saw coming out of an Avengers film to describe Lebron James. He's the Hulk to Luka Doncic's Captain Slovenia, and Thursday, he's officially off of his minutes restriction.

I'd love to say that a win against the Pelicans would be huge towards getting this team back on the right track. In a universe where the coach of the Sacramento Kings was actively trying to make the playoffs, these three losses might still not have been enough to break my spirit. But, by his own admissions and by his general lack of urgency about anything, the Kings are just happy to have a mini-camp before the season starts over in December. As such, a win here is about as useful as a back pocket on a t-shirt.

De'Aaron Fox devours Lonzo Ball's heart and soul on his way to a 20-10-5 game, leaving literally every single other part uneaten as a warning to all others that come his way. Buddy has less than ten turnovers, Bogi hits more than one shot and I don't get fired today!

Both teams started out with high hopes;
Bad losses left both on the ropes.
The Pels won their last game
While the Kings were still lame,
As Luke just keeps rolling out tropes!

I won’t be looking at the tape for this one.

It shouldn’t be difficult; just tell the guys to relax and enjoy themselves, and give some inane answers at the pressers.

Oh, and remember how many time-outs you have left. That stuff is always embarrassing.

LUKE is NOT on our side.

Serious question: What if Luke says that because he really can’t process the game in real time at a high level?

I mean, what if he really needs to re-watch it to actually understand the details of what just happened?

I mean, it’s pure speculation, but that would tend to explain why he consistently gets out-coached during games. Maybe he just doesn’t have the basketball mind to analyze and adjust in real time.

We all have seen so many other coaches who can immediately break down the details of the game when called upon to do so. Luke just doesn’t appear to have that ability.

I would think he has a smart basketball mind. He’s a guy who developed under Phil Jackson, learned the triangle offense, and played with Kobe. If he didn’t have the BBall IQ he wouldn’t have been there, right?

He also coached under Kerr for some NBA championships and witnessed first hand how a modern top notch offense and defense work.

Understanding basketball when you have time is different than being able to analyze and process the game in real time at an NBA head coaching level.

I have no doubt that he knows a crap ton about basketball. I am wondering though if he has the ability to process it in the moment at an elite level – aka NBA head coaching level.

It’s not about being smart or dumb. It’s a specific skill set that he may just not have.

It is what it is, folks.

Is it too early to start drinking? Asking for a friend me.

Never too early! Might just have to change your plans for the rest of the day…

Everything about this seems right. If this guy was also being bitten by a snake, we would truly have it all. 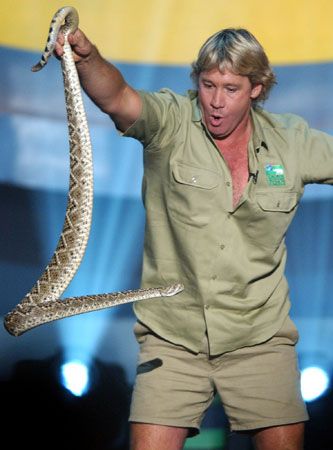 It wouldn’t surprise me if the Kings won their remaining 5 games (yes i know how crazy this sounds) and still fell short of the play-in game because it took them 3 losses to finally wake up. That’s how night and day this season was and how inconsistent this team is.

It also wouldn’t surprise me if we didn’t win a game during this whole bubble at all.

Last edited 2 years ago by Kangz_Landing
2

I think your first prediction is a worst case scenario for me. It will give the front office the excuse that the team is firing on all cylinders and ready for next season. Going of 0-8 just might be what it takes to blow the front office and coaching staff up. I’d prefer that.

Yeah I think the most Kangz scenario is play just well enough so no changes are made, but not well enough for the play-in. I can see us getting a surprise win (maybe today) and beating the 3rd string Rockets and L*kers and that will be all the excuse they need to keep this thing rolling.

A bit off topic, I was deleting the old Kings clips, and found the below play by Fox last season (with Dave Joerger still the coach)…

The circumstance is very close to last game against the Mavs….We got our last chance to win the game…….and that was almost identical situation…no ball movement, complete ISO play by Fox…(the below play is a bit better, as BJelly set Fox a pick to switch the defender)

And as shown in the clips, Fox missed the jumper and the game went Overtime…
what I want to point out is…Dave Joerger still cannot draw a better play in those close game..and just let Fox to operate and go 1-on-1……

So, if we really try to hire another coach in off-season….a A+ coach is needed…
as Dave Joerger seems like a C+ coach..while Walton is F…………..(F – Fxxk and Failure)

Looking at it, I don’t see a big issue. Fox got a pretty good shot. If anything he should have waived off the screen as the Center contested his shot pretty well (is that Whiteside or Ed Davis??). Or WCS sets the screen, switching Nurkic onto Fox which would have been a little easier for him to shoot over.

I, for one, would like additional information regarding the gorilla and elephant procreation-fest.

Perhaps we can have Divac added to the endangered species list.

And I like these early games. Who doesn’t like a distraction during work that makes you more likely to send a profane email to a colleague?

This is way better than what I said, although I stand behind my demand for more gorilla and elephant content.

Agreed! And if we gave some gorillas and elephants Kings jerseys and put them in the bubble, they could probably go at least 1-7.

Random thought, wasn’t there a rumor a few years ago about the Lakers trying to trade Ingram to the Kings? Also, I think he falls in a relatively small group of lottery picks that really blossomed into and all-star their 4th year. Let’s hope Fox can make that same leap next season.

Yeah, as best as I recall Ingram would have been part of the package in a deal for Boogie.

Yeah, I think you are right. That had to have been Ingram’s rookie year. I found this rumor:

Magic Johnson fielded a call from Vlade Divac about the Los Angeles Lakers potential interest in trading for DeMarcus Cousins when the Sacramento Kings were looking to deal him. Johnson said he wasn’t empowered to make that type of decision and referred Divac to Mitch Kupchak. Johnson never heard another word from the Lakers’ front office even when they engaged in trade talks with the Kings on Sunday, February 19th before Cousins was dealt.

Divac believed he had a narrow window to trade Cousins and had to act quickly. Kings’ ownership had given approval for a Cousins’ trade involving Buddy Hield and Brandon Ingram.

Jeanie Buss had previously instructed Kupchak and her brother that she was to be consulted if they discussed trades involving any of the Lakers’ three recent lottery picks. Jeanie Buss only received work about the talks which involved two of those three lottery picks after Jim Buss called Jess Buss and pressed him for a recommendation. The offer also would quickly expire. Jesse Buss tried to text Jeanie Buss, but the deadline was fast approaching and the Kings finalized the Cousins’ deal with the Pelicans before her and Johnson even knew about the Lakers’ attempts.

Could Ingram have benn the “better deal 2 days ago?”

The better deal was with the Pelicans. The Pelicans originally offered 2 FRPs. They rescinded that deal though when Boogie found out about the trade, and told his agents to tell teams he would not commit to re-signing with any team that traded for him.

Kings wanted Brandon Ingram in a trade package for Cousins, but Lakers refused to include him, league sources tell @TheVertical.

But would include him on a deal for the Brow?