Our Sacramento Kings are home tonight, limping back from a rough patch and looking to light the beam after a three game absence. Their foe? An Indiana Pacers squad whose won seven of their last nine games, with a couple of players more than happy to extend Sacramento at least one more night of misery.

Yes, after winning games for the Kings, one player in particular has a bit of beef to settle with a fanbase weary of his immaturity and anti-Sacramento bias... Damn you, James Johnson for wearing that Sonics hat! We haven't forgotten!

Hurtin’ for Haliburton: I'm not going to do this. I am absolutely not going to spend an entire preview rehashing the Haliburton trade. We've been slapped over the head with an incalculable number of podcasts this summer and reaction articles to those podcasts about this trade. This week alone, I've read a definitive "breaking it all down" article from every angle imaginable - from the Kings perspective, from Tyrese's perspective, from the fan perspective, from the paid and unpaid blogboy's perspectives. Tyrese is the next Chris Paul, Sabonis is mini-Jokic, both teams look good, one with a more immediate slant, one with a longer view in the room. Everyone's happy to have success and everyone's sad to see their favorites become foes.

Coach Rick Carlisle has his team playing very, very well early on this season. Already this season they've shown that they can beat mid-to-good tier NBA teams like the Heat and Pelicans, or come damn close like in their three point loss to the Nuggets. Now, take this as a compliment here but the Kings are right there in that realm right now, a completely beatable but decent NBA squad, so any overlooking of the Pacers is done so at Sacramento's peril. Coach Carlisle has his team running in the top-5 in pace, 8th in scoring and 19th in opponents points per game. They're 11th and 13th in offensive and defensive rating, respectively. Again, I say to all who haven't paid much attention this year and expected the Pacers to tank quick for Vic - these boys are good.

A big reason for their early success this season has been the play of... Tyrese... Haliburton. Averaging a tenth of a percentage point under 20 points per game, our boy is dishing out 11.3 assists, grabbing 4.7 boards and snatching 1.8 steals a contest to boot. He's the darling of NBA media this season, he's getting compared to point guard greats like Chris Paul and Magic Johnson and quite frankly, he deserves a lot of that praise. His play has unlocked others, as well. Myles Turner, for example, is having a fantastic year with Hali running point. In a bounce back year for Turner, the guy is scoring 18 points a game, with 8.5 rebounds and 2.6 blocks a contest while shooting 39.7% from deep and 62.2% from inside the arc. Former King Buddy Hield is still basically the Buddy Hield we know, average 17.2 points on 36.8% from deep. Hell I won't even save talking about his eventual replacement in the starting lineup till later: Bennedict Mathurin is the Rookie of the Year so far this season, and probably Sixth Man of the Year on top of it! The kid is a lightning rod with 19.1 points a game, 4.1 rebounds and shooting just under 42% from deep with zero starts to his name.

The Pacers as a team are just about as young as you can make them, with 12 guys playing that have three seasons or less of NBA experience, and play with a lot of joy. There's a vibe around their team much in the same way as their is around the Kings and for good reason. They're 8th in the league in points, brought on by being 3rd in the NBA in assists and while they're dead average in terms of NBA three point percentage, they take, and subsequently hit, the third most in the NBA. The Kings have already had some unlucky games this year with below average teams suddenly becoming four Ray Allens and a Dirk... I shudder to think what a trigger-happy, average team might do to this Kings defense. On the defensive side of things, they're 2nd in the NBA in blocks, 6th in the NBA in steals and 16th in the NBA in rebounding. They foul the 7th most in the NBA, which hey, YOUNG and turn the ball over the 8th most because also, YOUNG.

They're fun. This game should be an excellent test for a Beam Team that was built after the front office gave up the opportunity to be built around true youth, opting instead for ready-to-win-now vets. That isn't a slight, the Kings are still fairly young, it's just a comment on the building methods of a GM whose entire future in the NBA rides on the swapping of talent between these two teams being successful and his strategy yielding results more immediately than say, this 12-8 Pacers squad.

Okay, that's it! I started to rehash which means its time to go! James Johnson, I haven't forgotten your slight, BUD!

(Disclaimer: James Johnson is a very scary, very talented fighter and the only battlefield in which any of us should ever face him is on the Plains of Internet Discourse. With that being said, HAVE AT THEE!)

Tyrese has like 25 assists and a single turnover, Fox goes for 40, Domas has a massive triple-double and everyone shakes hands and agrees that the trade feels fairly even, even if its still way too early to assess it accurately. No hot takes are logged online, we all just…move on.

We’re set now to welcome back Hali.
Most wish he’d stayed here in the Valley.
Cheer him on; it’s his due.
Hang a loss on him, too—
A win for the Beam Team to tally!

I’m a big softy, but I hope the fans will cheer for Buddy as well. Yeah things soured after the contract situation, but he was really fun to watch in the seasons before.

Hali and Buddy are the Ex-men 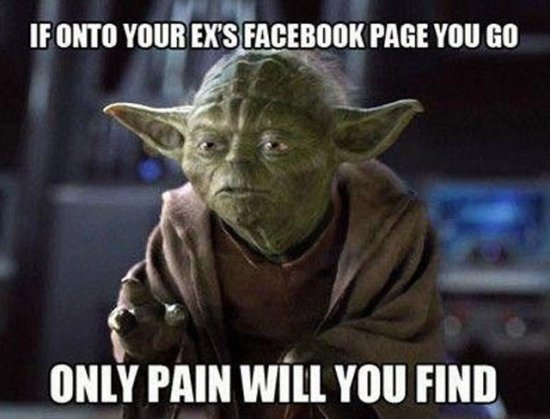 Last edited 2 months ago by Kosta
4

Tyrese Haliburton talks about his emotions headed into his return to Sacramento: https://t.co/DJvXS9iYpa

We’d better crank up our D-game for this one…

Are we so much removed from our A-game?

Kangz have been playing their F-game for years now. D-game is an improvement!

D as in defense

The Kings better be prepared to play defense tonight or we can kiss this one goodbye. They have some really talented players. Hali will play his game but IMO we better watch our for Buddy. He wants to really show what they missed when we traded him. If we aren’t careful he could win this game for Indy.

Or Buddy could give us another gift like last year…

every time I flip to the Pacers something is happening. pic.twitter.com/8j9co0cbmg

Last edited 2 months ago by TerzoM
0

Favorite team against second-favorite team, the one with my favorite player and hands-down best passer in the NBA.

I’m pretty sure the Kings will win, but I won’t feel bad if the Pacers do.

More than anything, I have no doubt that this will be one of the most fun games to watch this year.

Y’all got any more of them beams?

This should be a good one 🍿

It’s interesting, because Ty’s numbers are great, but often as not he runs in the minus for +/- even in games the Pacers win. Knowing nothing whatsoever, my assumption is that anomaly is related to his defense, or maybe it’s statistical noise.

And can we stop using the internet troll language of “win-now” about the trade? At best, it was a “win-sooner-rather-than-later” move. No one paying attention thought that the trade would light a fire under the Kings to get to the play-in last season, and those many of us that do pay attention, most estimated that Sacramento wouldn’t make it to forty wins this season. Unless the assumption is that McNair is looking at all of the moving parts through rose-colored glasses, does anyone think that the GM thought there was a reasonable chance to finish in the top six?

I mean, we’re going to do it, anyway, but that’s jut gravy. Sabonis had two full years on his deal when he got here. My interpretation was that if the team & coaches could be improved in year one, it could be sustainable in year two, and improved upon. Then Sabonis gets extended, and it’s playoff time.

I expect Fox to have a big game tonight