Hmmm, so,  is this playoff thing even all that cool? I mean like, sure, the point of pro sports is to win a championship and all, but maybe we just, I don't know... Maybe we just let it come to us. Stop chasing it and maybe, bud, championship love will just appear when we least expect it? No? Alright then, on with the preview.  So if you missed it, the Kings spent most of Friday night exploring new ways to make their fans suffer, like giving up 19-0 runs right out of the gate and wasting a career night from De'Aaron Fox  in a frustrating, disappointing 129-120 loss to the undermanned Spurs. Missing three of their top four scorers, the Spurs outplayed and outclassed the Kings every which way from Sunday, which coincidentally might hold the final lifeline for the Kings chance at a playoff birth. Facing off against a Magic squad just trying to keep their hold on the seventh seed, this game is essentially a must-win for Sacramento who is now four games back of the eighth seed with seven to play. I would make a joke about this being an easy game considering magic isn't real, but as a Kings fan, I've seen my hope disappear into thin air enough times now to know I should just keep my mouth shut. Let's talk Kings basketball!

So lets get this little fact out of the way here: the Orlando Magic are a good basketball team. Not just lucky, not barely competent for an Eastern Conference team - they're good. Led in scoring by All-Star Nikola Vucevic and Evan "I Swear I Say Don't Google His Last Name But Someone Always Ends Up Doing It" Fournier and directed by the great underdog story in Markelle Fultz, they were a team that sometimes struggled to gel on the offensive end but knows how to lock down on defense: before the break they held teams to the fifth lowest scoring in the league and were the tenth highest rated defense. A portion of this success can be given to the emergence of Jonathan Isaac, who led the team in both steals and blocks from the forward spot. He can be absolutely smothering at times to opponents and will absolutely absorb anyone on the Kings that doesn't have a sharp handle on the basketball. Speaking of our back up shooting guard, we could joke about Buddy Hield getting closer to winning a game of golf than a game of basketball on Friday night with his attempts to get the lowest numbers of everyone in the bubble but to actually win in golf, the ball has to actually get into the hole at some point. After a few very solid scrimmage games, Buddy declared the Kings wanted "all the smoke" and then undoubtedly choked when some wafted into his general vicinity. Everyone has bad shooting nights in the NBA, but holy hell was Friday night the absolutely worst time to go cold. Now on the brink of another season of praying for the lottery balls to be kind, the Kings cannot afford anything but a great game from their $90 million man.

This is not to villainize Buddy: the coaching staff has given him a role that is counter productive to him thriving and in ignoring the limitations of one of the great shooters in the league, have set him up to fail. When his shooting is off like it was, giving him the reins to dribble to hell and back isn't going to suddenly get him in the flow. That's on management and the coaching staff, and they carry much of the blame for Friday night's loss as well, with their poor time management and general lack of a defensive plan for any shot deeper than the mid-range. The Magic aren't great from behind the arc, shooting 34% on the season, making them a bottom five team in the league.

The rest of the team aren't absolved for their sins either. Fifteen turnovers is bad. Shooting 31% from behind the arc in a game where they tossed up nearly forty attempts, and in what is supposed to be a shooter friendly gym? Terrible. They had a team where Jakob Poeltl was their big guy and decided not to pick and roll them to death. Some can be blamed on conditioning, sure, but man. What a wasted opportunity. The Kings only have one or two games of wiggle room if any, but with a loss to the Magic on Sunday afternoon, you should really start reading Bryant's writing with some veracity.

Buddy Hield comes out dropping a fifty piece. He gives the Magic smoke by lighting the nets on fire and everything is forgiven and we all feel a tinge of hope on Monday morning.

There’s no way we can stay in the mix
If our shooters keep throwing up bricks.
“Every game’s a must-win!”—
With no “D”, that’s just spin.
May be time to just check out Netflix!

Win or call it a season. I don’t see anyway the Kings can start out 0-2 and still make the play-in tournament, especially considering who they have remaining on the schedule.

OT: If San Antonio beats Memphis today, they have a real shot of making it. A week ago they were written off with the loss of Aldridge. Now, with a win they could make it 2 games out of the 8th spot. Never underestimate Coach Pop. Blazers play the Celtics today. Go Celtics, but the Blazers look pretty damn good.

If we lose today, the bubble was a complete waste for us.

With no Bagley, what/who else can we look at that we don’t already know? Is it just playing Jeffries, James, & Guy for 25mins each a game?

I’m not even mad at the players. It seemed like they played hard and tried. That’s all we can ask of those guys, do their best. It’s up to the coaching to give them a chance to be successful, and that’s not the case.

yeah, it’s clear that the Kings get out coached quite often, a trend that was present in game one of the bubble.

I call BS.
they got outworked and outhustled, and had several lapses in focus.

Playing hard is more than running around like beheaded chickens. But perhaps we shouldn’t ask for more from them. I keep lowering my expectations and still get disappointed.

I agree. You can come up with a brilliant game plan, but if the players can’t execute it, it’s worthless. To me these things are always a combination of coaching and and players executing on the court. I am not much of a Luke Walton fan, but when someone goes 2 for 13, you can’t pin the whole thing on coaching. I don’t care how Hield was getting used, he needs to be better than that. Hopefully he bounces back today. Here’s to trying to stay positive. Go Kings!

Is that poor effort or poor scheme though?

Not boxing out on free throws is effort. Lazy passes is effort. Lack of focus and hustle is effort.
There was plenty wrong with the scheme, but that does not excuse the effort and lack of focus.
The players deserve no free pass.

It’s almost midnight, and we’re on the verge of our season turning into a pumpkin.

My goodness. I didn’t know Cinderella did LSD. I see her in a whole new light now.

The players wanted less of a harsh coach and the FO wanted a Yes man when in reality both needed that someone to discipline the players as well as provide a different perspective on how to run the team. Vivek saving this team has really lost its shine

Could you imagine someone like Pop or Van Gundy coaching this group?

Was a weird day yesterday. The Lakers showed no life against Toronto, whose effort and execution was very good. The Jazz looked downright awful, I am not sure what team they will beat playing like that. Denver’s second half against Miami was a debacle, and the Pelicans looked like a G-league team for three quarters against the Clips. Interesting results, to say the least. I think the venue and situation are going to be larger factors in team performance as this play in and play offs go on.

It’s definitely not going to be a ‘normal’ last 8 games and playoffs, that’s for sure. Due to bubble stuff, Denver had only 3 guards on their roster that game. Zion isn’t ready for full minutes due to his departure from the bubble earlier, and so on.

That said, I’m alright with it being more random than usual – Its amazing there’s pro basketball on TV right now as COVID shuts down more and more of our lives and deaths continue to increase – and I’ll take whatever they can (mostly safely) give us.

And a little more randomness in NBA title outcomes is probably a good thing. We’ve known generally who was going to win the title before the playoffs started most years anyway. 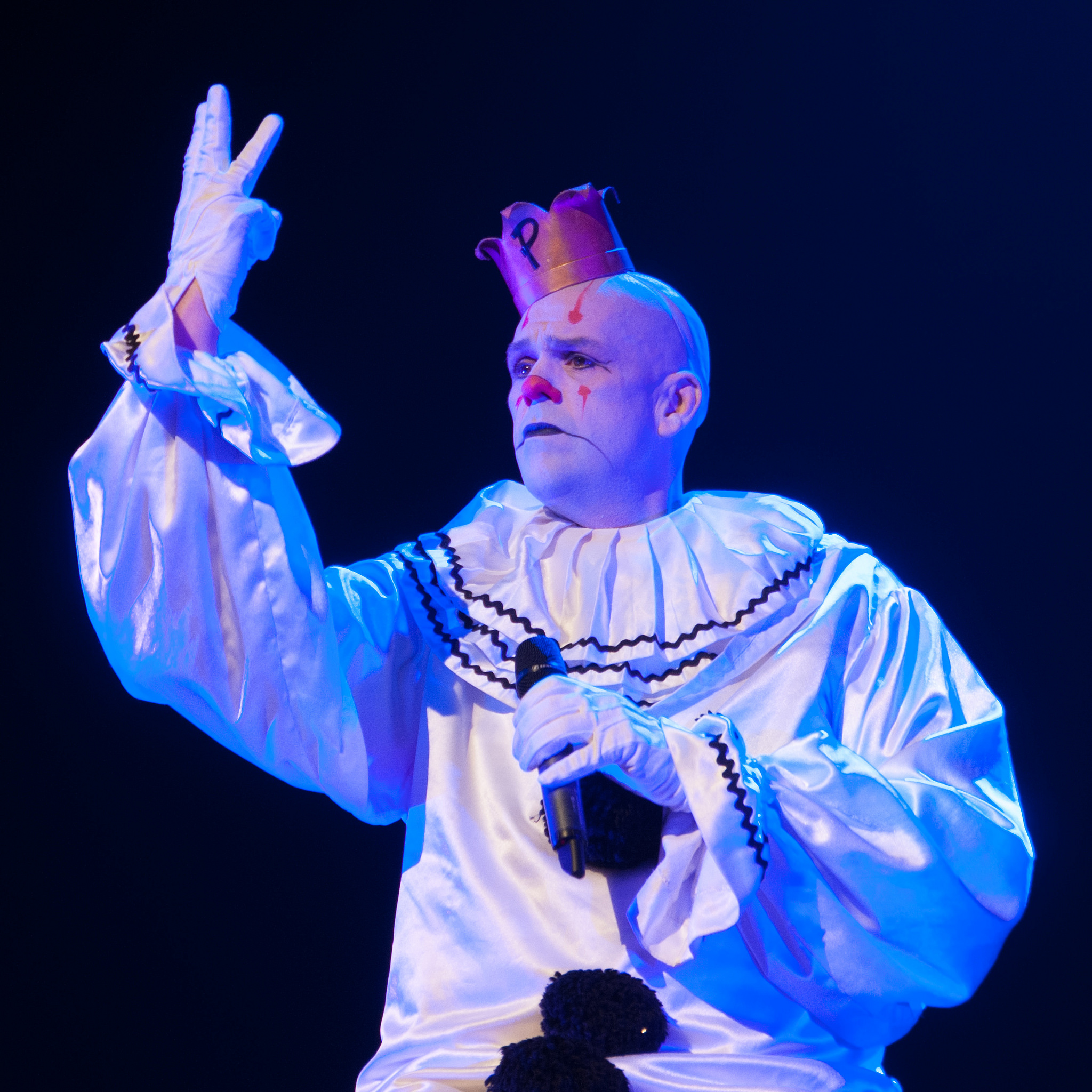 Last edited 1 month ago by ZillersCat
0
0

Looks likes the kings are down to a series of “must win” games after losing the 1st one if they want any shot at Memphis.

I said before the Spurs game in the game thread that the most Kangz move imaginable would be to come out and get stomped by the Spurs. So the most Kangzy thing they can possibly do is come out today and get stomped by the Magic then come back against Dallas in a couple days and win by 20. Of course if they lose to the Magic their season is basically over so beating the Mavs would be mostly meaningless which feels like just the perfect amount of Kangz to me!

Last edited 1 month ago by ForKingsandCountry
0
0

I could see them getting eliminated by game 3 or 4 then winning against Houston , N.O. and the Lakers to end the 8 games (mainly because those teams are resting their starters). Kings brass when then spin a positive end to an otherwise crazy season and say they have momentum for next season.

If the Kings FO tries to convince us THEIR propaganda is accurate, I say we shoot darts dipped in tie-dye alligator feces at them in response. That might shut them up for a change.

But the Front Office gets bragging rights. “See, we can beat Luka!”

Bippity boppity boo.
Your previews have as much panache as monkeys flinging poo at the zoo.
It’s also your fault the Kings, like Cinderella, are boring and a little clickity clackity on the turnover part, too.
NARF!

Have to play like their life depended on it today. A loss and the season is over. Even though, there will be 6 games left. Dallas, Houston, Lakers, Pels Twice and Nets left. I see possible 2 wins maybe 3 in the that lot, if Lakers sit AD and Lebron at the end. Kings really need to go 5-2 the rest of the way, or better to have a chance at a play in.