Memphis Grizzlies have lost two games in a row after running off an 11 game win streak. Those losses came against the Lakers and the Suns, teams that are currently 12th and 7th in the West, respectively. The Kings are also coming into this game having recently ended a winning streak, with the Kings losing to a Sixers team that didn't have Joel Embiid or James Harden. In short, both teams are looking for a get-right game. Two of the West's top three teams square off, as the eyes of the nation (or at least those with NBATV) turn to Sacramento.

Don't Ja Wish Your Point Guard Was Clutch Like Me: If this feels a little familiar, it should. This will be the fourth and final regular season matchup of the year for the Kings and Grizzlies. Memphis holds a 2-1 edge in the season series, and although right now they hold a significant 4.5 game lead over the Kings, we suddenly find ourselves in a position where we need to pay attention to such things as series records for playoff seeding purposes. Season series serve as tiebreakers, and while it seems unlikely that the Grizzlies will slip that far, stranger things have happened. A win by Sacramento would tie the series, meaning that in the event of identical end-of-season records, the playoff seeding would next look at division winners (the Kings and Grizzlies both lead their divisions) and then would look at conference win/loss percentage. Are we getting ahead ourselves? Absolutely. But the fact that I need to pay attention to anything about playoff seeding rules still makes me giddy.

For the matchup itself, we know the challenges ahead. Steven Adams puts up a good fight against Domantas Sabonis. Ja Morant is an otherworldly talent. Dillon Brooks will piss you off. Desmond Bane is underrated as hell. Jaren Jackson Jr is a stud on both ends of the floor. In short, the Kings have their work cut out for them. It will take a team effort to win this one, but the Kings are certainly capable if they can manage to play any defense at all.

Harrison Barnes continues his incredible January. Fox hits some clutch shots. Sabonis has a triple double. My blood pressure is elevated for 48 minutes.

To prevent spam, our system flags comments that include too many hyperlinks. If you would like to share a comment with multiple links, make sure you email [email protected] for it to be approved.
Subscribe
Login
Please login to comment
19 Comments
Oldest
Newest Most Voted
Inline Feedbacks
View all comments

The Grizzlies use physical play
To get the game going their way.
Their grit and grinding—
Requires constant minding.
If we’re soft, they could blow us away!

Maybe Shannon Sharpe will be there to defend a Kings player like he did for poor, downtrodden and maligned Lebron James.

If both performers on that show simply disappeared, there wouldn’t be a single significant downside.

I try to avoid sports chat/hot take shows at all cost. As well as block the various hosts’ twitter accounts.

I was going to shower you all with my latest, up to date hot takes on this game, but well, it’s obvious I’m just not appreciated! 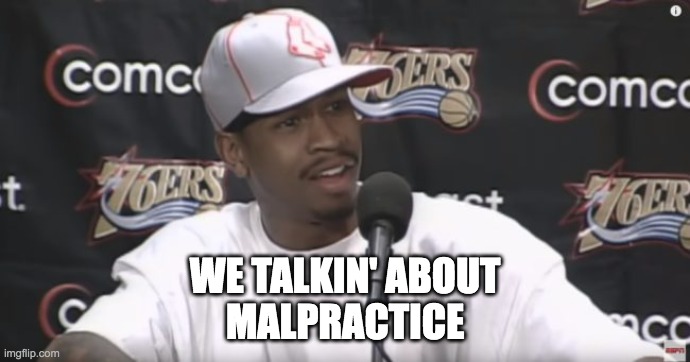 Tough Match up for us! Go Kings!!

At least the Kings aren’t on a b2b.

That would help the Kings a lot if Adams, in particular, doesn’t play. If the Kings lose this game without Adams or Morant playing, there’s a big, big problem.

I would rather lose to a fully healthy roster than beat a team who has a couple starters out because of load management. We did beat the grizzlies back in Memphis but they were without Bane. Like if we make the playoffs we’re gonna have to beat fully healthy teams, nobody’s gonna be sitting like they do in the regular season

Of course, but the reality is you have to win the games in front of you, too. Grizz are choosing to not play Adams and Morant, not the Kings.

Yea, It’s just not as enjoyable when u win knowing 2 of their guys sat. I personally don’t think we can beat the top tier teams in the league anyways

I’m not remotely concerned. I don’t expect a championship contender this season so it’s immaterial to me.

A win is a win, motherfucker.

Last edited 5 days ago by LOUiE
0

Sounds like Ja Morant (ankle) and Steven Adams (knee) will be game-time decisions.

Ja Morant and Steven Adams have both been officially ruled out for tonight’s Kings/Grizzlies game.