It's another day of Sacramento Kings basketball and our cowbell clad boys are in Cleveland to take on a team that tanked their way to the third seed in the East this season and rock some great gold-accented jerseys - yes, it's one of my favorite pet teams, the Cavaliers! It's a game of push vs. shove tonight as the second best scoring team in the league takes on the best defense in the league... you heard that right! A team that starts Donovan Mitchell is currently the best defense in the entire NBA!

Can De'Aaron Fox continue to play through his bruised foot? Can Keegan Murray continue his climb back towards his efficient start-of-season self? Can I legally wear gold Cavs gear as still be considered a Kings fans?? It's just to support the designer I swear!

Christmas Garland and Holiday Love: Think back to the the doozy of a game that was the first match-up against the Cavs in early November. Yes, the game that started the Kings seven game win streak, that also featured the Kings giving up a nice lead in the third and holding on for dear life in the fourth as Donovan Mitchell went on an absolute second half heater. The guy put up 38 points of 57% shooting and somehow that felt a bit low when it was all said and done. Darius Garland went 1-9 as he was still getting used to playing with two working, non-damaged eyes, the twin towers of Evan Mobley and Jarrett Allen went 7-10 and 7-11 because perfect symmetry in nature rarely exists. Seven Kings players scored between 14 and 21 points in a "whose got the next bucket" affair. That was one of those beautiful Sacramento Kings games where the crowd at the Golden 1 Center absolutely had a hand in rallying the team to a victory, almost willing turnovers to happen and threes to drop at opportune moments.

And now the Cavs get their chance at vengeance.

As I previously mentioned up top, the Cavs are the best defense in the league right now, showing up on the board as first in both defensive rating and opponent points per game, and doing so despite being 25th in blocks, 27th in steals and 16th in rebounds per game. They don't foul either, bringing in the 4th lowest amount of whistles per game, and play slow, methodical basketball while forcing their opponents to do the same. They're limiting opponents to the 4th lowest number of field goal attempts per game, 4th lowest field goal percentage and the 10th lowest number of free throws. They're not pit vipers on that end of the floor, they're boa constrictors.

On the offensive end of things, the Cavs again, want to slow this game way, way down. The Kings are one of the preeminent teams in the league in picking up the pace right now, running at the 6th fastest in the league, and the Cavs are sitting pretty right there at 30th. With guards like Darius Garland and Donovan Mitchell, and mobile bigs like Mobley and Allen they certainly CAN attack in transition, but as a team they're score the 8th least amount of points in transition. For all of you wondering at home, the Kings are 4th in the NBA in that one. This isn't to say that the Cavs aren't also a good offensive team, because, they absolutely get it done on that end as well. They're 8th in offensive rating, score a little under the average NBA team (18th) at 111.5 points per game and feature at Top-7 scorer in the NBA in Donovan Mitchell. Now, at the time of writing this, Mitchell has just been slapped with the ol' questionable availability with a minor lower leg issue - without him this team becomes a tad easier to defend. Not easy, mind you, guys like Garland, Caris LeVert and even someone off the bench like Cedi Osman could go off for a game 10-15 points above their average. I'm sure they see De'Aaron Fox's nagging foot injury and say the same thing about Mitchell, Huerter and Monk.

This is a fun, young team that will be a presence in the Eastern Conference for a very long time. They're still learning to gel, to find their spots in this league and how to win consistently night-in and night-out. They're more beatable tonight than they will be this time next year and they're the exact type of a team a playoff-bound squad like the Kings want to be should stick with, regardless of which arena they're playing in and what stars and banged up.

A team employing Luke Walton shall not prosper against us. Sabonis continues to pick up the slack for his hobbled co-star and goes for 30-17-12 against two of the best young bigs in the league, Malik Monk and Kevin Huerter combine for 14 three pointers and Davion Mitchell forces a late turnover on Donovan Mitchell to seal the game. 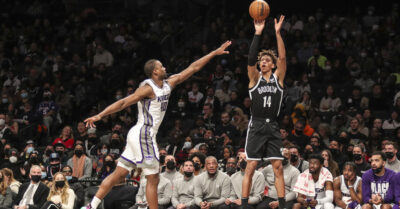 Something other than the game tonight. Please comment. A trade idea. Holmes, Davis Lyles and 2 second rounders to the Jazz for Clarkson and Vanderbilt. Clarkson isn’t in Monty’s plans as a young player but for two more years he averaging almost 20 a game and he is on the Jazz’s list and their number one to trade. What I really like is Jared Vanderbilt. He can defend the weakside. rebounds a a 8 per game average and can defend. He is only 23 and work into Monty’s plans. What do you think?

I’m not a fan of Clarkson at all, personally.

Vanderbilt seems interesting, but I don’t know enough about him to know how he’d feel about being relegated back to a bench role after being a starter for two years. I also can’t help but think he was a guy Utah was eyeing to develop, and not just Gobert filler. Seems like he’s not somebody that could be gotten with a bunch of older spare parts.

Clarkson is too redundant with Monk to be spending so much on him. Vanderbilt might be fine off the bench but idk if he’s the long term fit next to Sabonis that’s worth spending on. I’d pass.

Zero chance Ainge bites on that trade. If Huerter cost a first rounder, Clarkson will cost more. I wouldn’t be surprised if Ainge got a lightly protected first from a lottery team, or two firsts from a contending team. Or a first and a plus/value player, Holmes, Davis, Lyles won’t do it.
And include Vanderbilt? no chance, not with Ainge. He never gets fleeced.

Last edited 1 month ago by Henry
1

That ain’t happening. Vanderbilt was one of their prized gets in the Gobert deal and Clarkson is worth a 1st rounder. Ainge is going to want prospects or 1sts in most trades.

Thanks Adamsite. Was just trying something to get comments. On Bleacher Report the other day it was mentioned a trade. Holmes and 2 seconds for Josh Richardson. What you say on this trade?

I think I’d prefer big man depth. This team will be in trouble if Sabonis misses time. Fox has proven backups, while Sabonis does not.

Back to your Utah idea, I’d be willing to go after Olynyk over the likes of Clarkson. He could probably be had for less as well.

“A team employing Luke Walton shall not prosper against us.”

Put this on a T-Shirt.

We defeated the Cavs here in Sac,
But we won’t have the crowd at our back.
Fox is listed as hurt;
Davion’s on alert
‘Cause he may need to keep us on track!

Anyone know what time the prediction post will be up?

I predict it will be posted sometime before 4pm!

Time to take down LeBron and the Cavs! 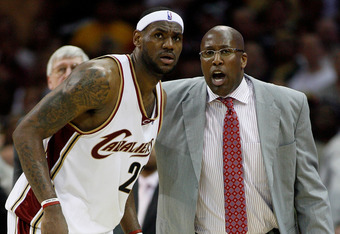 Last edited 1 month ago by Kosta
2

On paper this feels like a loss but I’ve got a gut intuition the Kings will pull this one out. It gets a lot easier if Mitchell doesn’t play.

Even still, this one will be decided by who ends up playing the others game. Pace or no pace? Let’s see if the Kings can score consistently before the Cavs defense can get set.

Are you asking for him to have an off-night? We ended up playing the Bucks pace last game. I agree with you but we shall see.

Well, shit. I hate it when stars don’t play.

Donovan Mitchell (leg) has been ruled out out for tonight’s Kings-Cavaliers game.

Last edited 1 month ago by Adamsite
0