I've tried to hold back some of my feelings towards the Kings this year, stay calm and carry on and let others do most of the yelling and screaming about what's wrong and what's to be done about it. The loudest I got about anything was saying on a radio show in the off-season that this team was a 35 win team in the beginning of the year and 1) there isn't anything special or worthy of that prediction but also 2) come to find out, it was giving them way too much rope to hang themselves this season. They've played like a 35 win team the majority of the year and so I've been fairly content just sitting back and thinking about how simple life could have been in an alternate universe where Sachin Gupta led this team. But, now, after back to back losses to the Rockets and Pistons, my back is snapped. For me, and probably me alone, that was the straw.

A GM held hostage by a mandate he felt he could live up to, forced to ignore the numbers and simple facts right in front of his face. An interim coach weary of watching his team play night in and night out without any level of concern. A team with the defense and reliability of a poorly knitted condom, who unravel as soon as things start getting interesting - with millions of dollars worth of media savvy and ten cents of basketball sense, who play a predictable, heartless brand of basketball, with veterans checked out and young guns downtrodden. You could spend five minutes of any day perusing through our comment sections or Kings Twitter and come away surmising the same issues in Sacramento that Dorothy's friends had traveling the yellow brick road - if they only had a heart, a brain, the nerve.

Somewhere in my head echoes a memory of Vivek Ranadive saying to an electric crowd of diehard Kings fans: "Sacramento! This is your team!" and I've got to wonder:

What the fuck did we do to deserve this ?

Say Cheese and Die: Yeah, we're not talking about this game today. The Kings play the Bucks at 4. The info is above. Assume I love Giannis Antetokounmpo. Assume I'm glad to hear Tyrese Haliburton is back and that I'm glad he gets to go to his high school jersey retirement this weekend. Assume I find a way to give the fourth worst defense in the league and absolutely the worst heart of any team in the league a chance to win this game. Assume I'm rooting for them to win. Assume Ben Simmons/Sabonis/Jeremi Grant/Julius Randle are all coming and it will all be okay.

Then remember that saying about assuming and how it makes an ass of you and me and forget about everything I've said previous because being a Kings fan right now already does that!

Watch, the Oklahoma City Thunder vs. Cleveland Cavaliers (5 pm PT): I'm not sure how many of you actually can, but this is the way to go tomorrow. It starts an hour later, so you get to use all of the daylight to be out enjoying the world and then just as the sun is lowest in the sky, you get to watch two of the best run young teams in the league duke it out. Will, Oklahoma City has an even worse record than the Kings! Well, I said best RUN because, well, Sam Presti is amazing at his job but also, they're all of two and a half games back of the Kings, with a better starting point guard, better future back court, better coach and far, far better future prospects with their picks and flexibility. I'd bet decent money that within two years, the team that everyone hates on for being the epitome of the tank will surpass anything that Sacramento spits out of their mudspun tires. Even better is watching a Cavaliers team, who hit a quick rebuild, drafted incredibly well and are now, even with a myriad of injuries to the team firmly in the playoff hunt, with a young point guard who should be an All-Star, a defensive anchor and future NBA First Teamer, Evan Mobley and a great cast of supporting players. These teams will be favorites to meet in the Finals in the coming years and built solely in the way that Sacramento refuses to acknowledge as a viable option, both as an organization and at times, their fanbase. What'll it be: two young, hungry teams desperate to claw their way out of their last few years of ineptitude or whatever pig piss, cowshit combo the Kings are still trying to pass off as consumable basketball?

Shai and Giddey spend their night attacking Rajon Rondo and both end up with big games - Shai with 25+ points and Giddey with a near triple double. Evan Mobley nears a five by five and Darius Garland dishes 12 assists to go along with 30 points. Cleveland squeaks by on a late 4th quarter run.

oh sure. Kings win too.

To prevent spam, our system flags comments that include too many hyperlinks. If you would like to share a comment with multiple links, make sure you email [email protected] for it to be approved.
Subscribe
Login
Please login to comment
32 Comments
Oldest
Newest Most Voted
Inline Feedbacks
View all comments 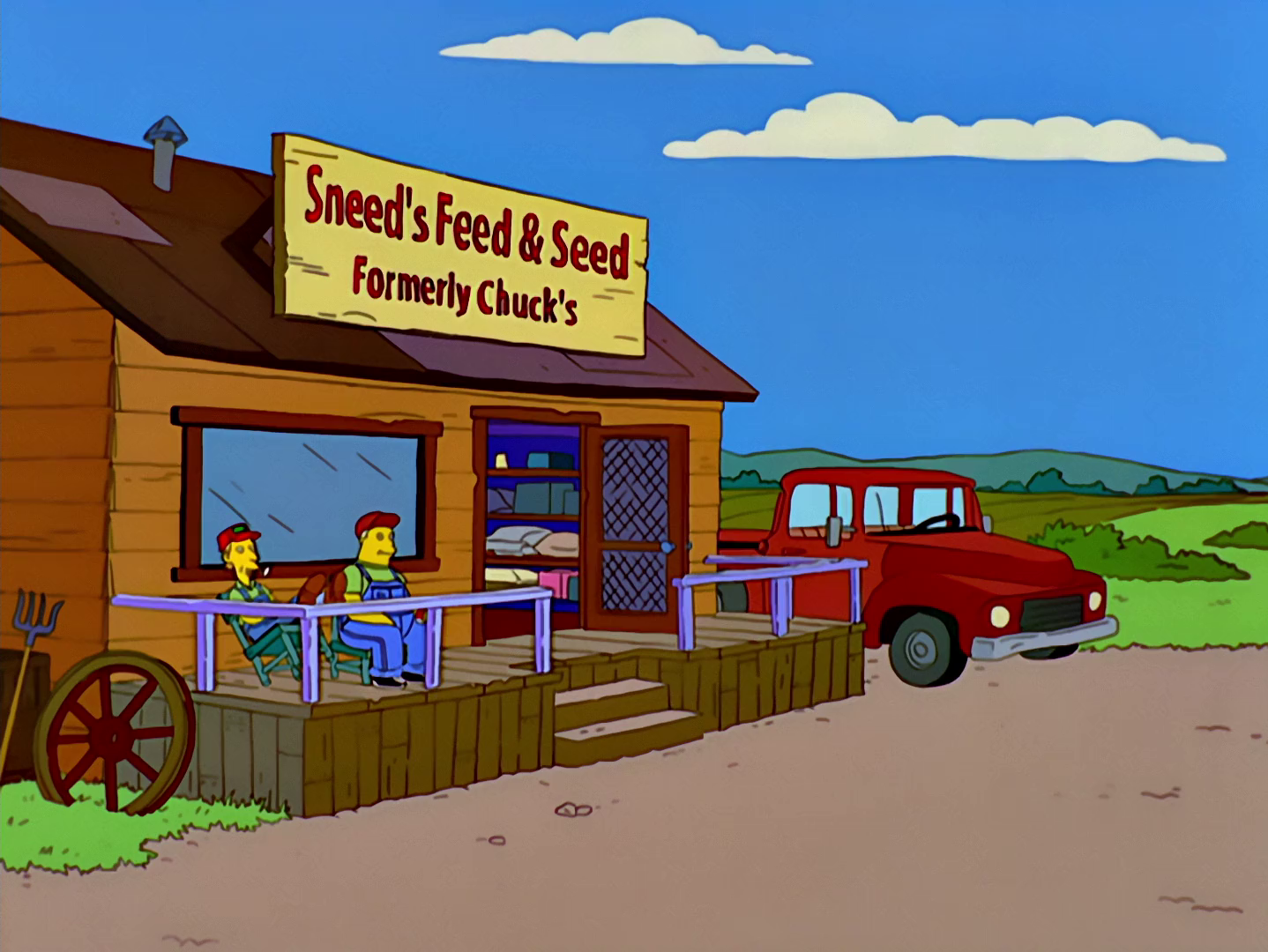 Last edited 10 months ago by Kosta
2

Vivek made the trip today, went for a hike

Last edited 10 months ago by TerzoM
5

I love when the Kings play the Bucks, especially for clips like these.

This gif is more entertaining and brought me more happiness than the last 7 or so years of Kong’s hoops.

And thanks Will, for expressing exactly how I feel. V proclaiming the Kings are our team and proceeding to shit on the entire fan base and only do what he wants.

The NBA effect will kick in tonite ! That is when good team, after big win against major rival plays a back to back against a rested bad team humiliated in recent outings and takes them lightly ! Creating big upset ( see Pacers / Warriors) ! It can happen

Is the team actually humiliated?
It seems they learned to take it in stride.

I saw Everton (premiere league) fans with angry protest signs in the stands (that would never happen in G1) and flying a banner over the stadium stating the hatred of ownership/board and wanting him/them out.

Would this ever work for Kings fans?

At least Everton fans are fughting. At least their media questions the ownership.

At least we could get out our irritations w Vivek.

A protest on gameday outside G1C would get media attention.

Sit in at The Gwladys Street End pic.twitter.com/b2ijaSVMbP

“SAC” THE BOARD, in our case

Good point ! Sadly , you are correct !

It is their actual identity.

all of the bull shit about needing to find an identity as a team is false. This team has a solid and undisputed identity.

I hope they lose every single game in this stretch. It may be the only way the F.O. panics enough to actually make a transformational deal or two at the trade deadline. Go Kangz!

Ideally, they come back from this trip with no playoff (hahaha) and play-in hope left.

I was looking at the schedules. I have the Kings at 22-38 at the break. Likely to be 2.5-3.5 behind Portland for 10th. Within a half game either way of New Orleans for 11th-12th, and a game or two better than San Antonio. A smart organization would not take the bait of chasing the 10th spot while hurtling towards a 30-32 win season. But alas, this is not a smart organization.

Last edited 10 months ago by RobHessing
11

I hope they lose every single game in this stretch. It may be the only way the F.O. panics enough to actually make a transformational deal

I keep hoping the losing will force V to give up his dilutions but it doesn’t seem to be working.

Maybe if it gets so bad people stop going? Maybe a billboard/fan protest eventually. But rich assholes don’t seem to give a shit about fans/people.

First the Bucks as we go on the road,
Fallen back into losing streak mode.
Call for Monte’s endeavors
To pull some trade levers—
And flush this all down the commode!

One of your finest, Jman! 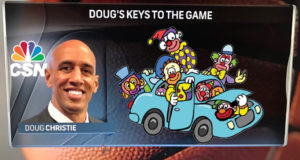 This is great work Marty. Even by your standards.

The material writes itself

True. You work much harder in real life.

The Kings organization is truly a clown show, a bunch of bozo’s. Good work.

For those who are looking to do something else today:

Read a good book recently called Senlin Ascends by Josiah Bancroft. Definitely recommended to any avid readers. It’s a completely different story than anything else I’ve read in a long time.

Was it just me thinking the very short handed Kings played better under Christie, or was it just my delusional hope for better basketball

Ummm, Fox is not starting tonight according to the lineup the Kings just sent out on their app… Are things actually happening?

I remember when we used to debate who was in worst shape the Kings or Phoenix. At that time it was also generally accepted Charlotte was the worst team in the league with no cap space and limited draft capital. It’s amazing how incompetent an organization can be. Now I’m afraid they are about to get fleeced again by somebody perhaps Philadelphia in a trade. Yea Do Something but who’s confident that something will be something positive.