The Kings did what Kings do on Friday night. They took a fantastic first eighteen minutes of basketball and then proceeded to slowly squeeze every positive feeling you got from their start over the course of the rest of the game, turning a first half rout of the Raptors into an embarrassing 21 point blowout, in which they allowed Toronto to score a franchise best 144 points (without overtime). It was like wistfully pushing your kid from the curb, helmet and elbow pads on as they balance themselves on their bicycle for the very first time, little legs churning end over end as they yell out in triumph that they're doing it! They're riding their bike! And then just as they stretch that internal fortitude to real courage, to speed up towards a future unknown, they look back in nervous delight at you and ride themselves right into a running woodchipper.

Speaking of kids who were gone too soon, the Blazers are in town and that means that fan favorite Harry Giles has come to destroy all he once held dear. Oh, and those guys Damian Lillard and CJ McCollum are here and pretty solid ball players as well. Let's talk Kings basketball!

Back of the Pack: Friday's game against the Raptors was just one of those games that you could feel would slip through the Kings grasp, partially because the Raptors weren't really at a 1-6 level of bad and because the Kings, well, have done that at nearly every turn of the last 14 years. Tonight's game against the Blazers is going to be a statement game as to where the Kings truly are in their hunt for respectability. Kings teams of old would take the disappointing upper-cut from the Raptors and convert it into a full-on knockout for the Blazers, wallowing in their feelings just long enough to truly start their regression to the mean, beginning that long slide of the season back to their comfortable spot in the basement. The Blazers aren't a bad team and they're much better than they've been playing. Much more than even the Raptors, they have the firepower from their stars to mount a 19 point comeback. If the Kings want a statement win off of the back of a disappointing loss, it's going to take 48 minutes of wire to wire basketball to earn it.

While Damian Lillard is the undoubted heart and soul of this Blazers team, the first eight games of Portland's season belongs to his backcourt running mate, CJ McCollum. Currently churning through the best start to a season in his career, there's a case to be made that  it's CJ that has been the Blazers strongest starter so far. Currently averaging 26.8 points, 5.3 assists, 4 rebounds, CJ is tossing up 11 three pointers a game while hitting them at an ungodly 43.2% clip, he's leading the league in three pointers made per game at 4.8.  I think it's also worth pointing out that CJ's also averaging over a steal and a half per contest all while giving the ball up less than 1.3 times a game. The man has been playing out of his mind early in this season and it's good to see him establish himself again as one of the premiere shooting guards in the NBA after some criticism of his play last season. This isn't to say that Dame has fallen off. He still leads his team in points at 27.6 points per game, assists at 6.6 per game and is also grabbing 4.8 boards a game. He remains that man for the Blazers.

So what do the Kings have to look forward to tonight? First, the Blazers score a lot and they give up a lot, 4th in the NBA in points per game at 117 points per game and 26th in opponents points at 118 per game. They're 8th in the league in pace so the game is going to start rolling down hill from the very start, but don't expect a high turnover affair - Portland is second best in the league in terms of taking care of the ball, giving it up only 12.1 a game.  The Blazers take the second most three pointers in the entire league and they're 8th in percentage at 38.2% a contest, so if the Kings are going to play defense like they did in the second half against the Raptors, the Blazers are going to score approximately 180 points. All in all, the Kings have their work cut out for them.

And lets not forget about Harry Giles himself, as he is a storyline in all this. While the man absolutely feasted on the Kings in the preseason, Harry still hasn't seen much time in the regular season - playing in only 5 of the 8 games and averaging 8.4 minutes a contest. Here's to getting some run tonight Harry, but only after the Kings have secured a 45 point lead or so.

I keep trying to wish Buddy Hield out of his slump, but knowing the Kangz I have to reverse jinx him. Which would mean I go against the guiding principle of my predictions and be overly negative. Which I just can't do. So Buddy Hield is going to do decent!! He's going to hit an average amount of threes!! His percentages and shooting splits tonight will be perfectly mundane!! Think that will do anything?

Tyrese Haliburton continues his breakout with the first rookie 5x5 game of the season! 14 points, 5 rebounds, 5 assists, 5 steals and 5 blocks, all on CJ McCollum and all in subsequent possessions! (Sidenote, up until the blocks, that statline feels EXTREMELY doable for Haliburton. God, I love that kid.). 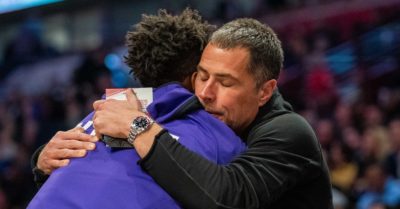 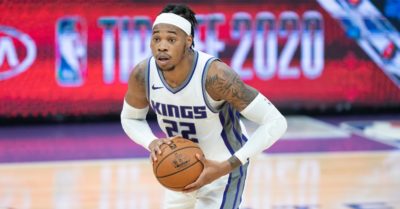 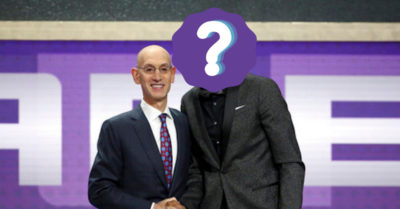 The Blazers, always a tough foe,
A good measure, how we need to grow
Let’s hope CJ and Dame
Somehow misplace their aim,
The Kings need good defense to show!

Since it’s a 2nd night of B2B. I’m going to keep my expectations very very low. That’s where they normally are but tonight I’m going low enough to give Hali a pass if he ends up playing like sauce Castillo.

Thanks for the preview Will.

Last night flipping over to the ESPN game me a quick jolt of THANK GOD MARK JONES IS OURS! Glad he’s back tonight.

The “hidden” camera catching him jump out of his chair over Fox’s dunk had me smiling, he’s being converted to a believer.

That was Kyle Draper (if you’re referring to last night’s game). Equally delightful at any rate.

Last edited 6 months ago by PretendGhost
0
0

These are strange times I find myself in.

I, a native born Sacramentan and Kings fan, living in Portland, who has not been home since December 2019, with three Blazers and one King on my TKH fantasy team, will finally get to see a Kings game this season . . . on the Blazers broadcast.

SMF, in Houston when the Kings play, the game is not on League Pass, it is always the Rockets broadcast team. They. Are. Horrible. Not just on the Kings games only, but every game. They are hopeless homers and it is awful to listen to. They had so little info on Tyrese and how well he is playing it was embarrassing to listen to them.

So, I turn on the DVR and then delay the replay to sync as best as possible to Gary Geroud’s broadcast. Mark and Doug do a really good job on the Kings LP play. Jones is really fun to listen to.

We have a lot in common, except I steal YouTube TV from my parents in Sac so I can watch home broadcasts. Post-pandemic we oughtta watch a game together at the Spirit of 77

Last edited 6 months ago by PretendGhost
0
0

You can count me in because I am for sure spending a lot more time outside my apartment once I’m vaccinated and the pandemic is over.

Return of the King, indeed.

Last edited 6 months ago by Kosta
3
0

If Hali plays 30 minutes, we win – great, we lose – great. Either way I get to watch Hali play for 30 minutes.

A win tonight would be a very nice palate cleanser for yesterday.

1) As a Lehigh alum, CJ “The Duke Slayer” McCollum is my favorite non-King in the NBA.

3) I am loving Tyrese Haliburton already. The starting and closing unit should be 5-24-0-40-22 with Bagley coming in as the energy guy. Team Bagley will hate this obviously but this team would have shot at the play-in if they really want to press their best line-ups

Hoping to see some more Woodard at the 4. He is so calm when he plays, he reminds me of HB.

Anyone else see Maxey put in a game earlier today? His floater game was on point, it was a nice showing.

Woodard is one of those dudes who could be a solution to the King’s physicality problem. I wonder what his offensive game is?

OT but this draft class is a sleeper, way better than expected. With no Summer League and an abbreviated training camp, it’s just amazing what they have been able to do. They are a bunch of rookies that are just fundamentally good at basketball. And we got probably the most well-rounded player! What a time to be a Kings fan.

After a slow first couple games, Lamelo has been pretty awesome so far and he’s having a monster game tonight. I really didn’t see it with him but if he’s going to shoot it fairly well he could be great.

Yea I have watched him somewhat closely and even I didn’t think he would be this good. He is way more athletic than I gave him credit for. And he is not a me-first player at all either which is sort of surprising given his high school days post-Lonzo.

I had a bad day with the Seahawks loss today. But it will all be better with a Kings win.

Kings down 30 and still won’t play Ramsey, Woodard, Guy, and James. At least make the losing fun, my god Walton takes all the joy out of Kings basketball.