According to a report from the Wall Street Journal, Dyal Capital is nearing a deal to purchase a minority stake of the Sacramento Kings. The deal also potentially impacts the valuation of the team. From the WSJ:

The deal, which could be announced as soon as this week, would give the investment firm a nearly 5% stake in the team at a valuation of $1.5 billion, the people said. (Another person pegged the valuation at closer to $1.8 billion.)

The Kings were most recently valued in Forbes estimates at $1.8 billion. Carmichael Dave did note that a lower sales price could be based on the nature of the shares.

1. This represents a handful of minority owners selling either all or some of their shares

2. As to the 1.5 valuation, important to remember value for minority shares are NOT equal to value for controlling shares.

That said, that's not how valuation works. The valuation is based on the last sale, but the team valuation is only actually important to people who own a stake or want to buy a stake.

The other interesting wrinkle is that the Kings won't be the only team partially owned by Dyal Capital.

The deal would be its fundâs second such transaction. On July 6, Dyal said it would take a similar-sized stake in the Phoenix Suns.

Dyal is initially hoping to raise about $1 billion for the fund and plans to build a portfolio of minority investments in six different teams, with a goal of eventually doubling that, according to people familiar with the strategy. It also could increase its stake in an existing holding if other minority owners are looking to sell.

Carmichael Dave also tweeted that the league is assisting in these transactions. Presumably the deals don't give Dyal Capital much decision-making influence, otherwise there would be conflict of interest concerns with them owning stakes in multiple teams.

As Dave notes, this transaction likely involves multiple minority owners but there have been no reports yet as to which owners might be selling all or part of their shares.

This news likely has no impact on Kings fans, but is of interest given the myriad reports over the years about infighting or disagreements among minority owners. 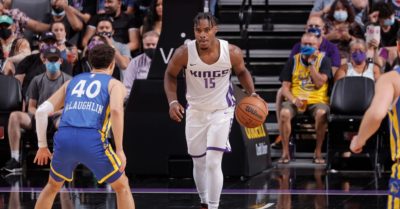 It appears to be a vulture capitalist firm, but then, aren’t they all?

Vulture capitalist is a redundancy.

Maybe it will get Vivek closer to losing power. Probay not, but we can hope!!!

Can it play SF?

Follow up questions. Doesnât Vivek have the option to purchase shares that go up for sale? Many agreements have them. Pretty sure I read that Vivek has one.

If yes, doesnât that per se mean he declined to purchase these shares?

Vivek owns the controlling shares but well less than 50% right?

If Vivek ever decides to sell â¦ please god let him sell and just one solid and deep pocketed owner â¦ his stake is more valuable at resale with 32% of the franchises than 27% right? Another buyer might want 50% and real control instead of the drivers seat in this clown car. Right!

Because the last owners werenât liquid based upon an ill timed real estate and construction project, which impacted the fiscal options for the club for years before most fans realized. And our owner took on a hotel and redoing the two roughest blocks on a street that have swallowed many investors over several decades just before a pandemic and many workers not coming downtown â¦ might be relevant no?

Perhaps the shares were over valued (but seems not) and all logical people would pass. But, if Vivek said pass on 5% share on the team â¦ ugh â¦ not sure itâs clear this doesnât bleed into basketball ops.

Honestly want to learn more about the questions above from the knowledgeable people here.

That may impact how liquid they are now and going forward

The most likely reason for Vivek failing to purchase this 5% would be his liquidity, right

Author
Greg
Reply to  4on5

I don’t know for sure if Vivek has a right of first refusal or not. That said, him not buying these shares isn’t an indication of anything. From what we’ve seen reported he has ownership control that is airtight even though he doesn’t own a majority of shares. There’s really no reason for him to buy a larger stake unless he felt like it.

Yep, essentially these are nothing more than non-controlling shares in the company, and likely because they intend to get a payout for said shares in the form of dividends or share of profits. It’s also possible he owns the most he’s allowed to depending on the team’s corporate governance. I wouldn’t be surprised if this gets them corporate boxes they can lease at a profit as well.

Now all of that can be changed if the board agrees, but more likely what this means isn’t so much about how the former minority owners felt about the team, but more them cashing out from what the team was purchased at. At 525 million, that’s essentially a 1 billion dollar over evaluation, and I’m sure those share holders are probably drinking some pretty good champagne right now.

Sometimes it’s as simple as folks wanted to get out at a profit, and this was too good a deal to pass up.

Quick follow up to this, obviously they aren’t getting the share price of the 1.5 billion, but they are going to enjoy a very large payout compared to where they bought in, which was my main point.

You believe that on a per share basis itâs not more valuable to sell 50.1% of the franchise to a bazillionaire than just 35%? (You donât get to 50.1% without getting to 35?

If he in fact didnât buy because heâs not liquid enough to do it â¦ you donât think that relevant to questions like is Luke still here primarily because the team canât afford to fire him, pay him completely out under the contract (thanks Matina) and hire a replacement?

Author
Greg
Reply to  4on5

Yes, really. Because Vivek owns controlling shares regardless of that percentage number.

Now, I don’t know if that controlling interest passes if he sells his share, that’s not public. But the way the current agreement is written he does not need 50.1%, and he seems to have no interest in selling.

Also, for anyone who pays attention to the world of finance, Vivek’s SPAC is doing quite well. I think the concerns over his finances are likely overblown.

Youâre out of your depths on this one.

You – Can I get some feedback on my opinion?
Everyone – …
You – No, really, a little feedback, please?
Someone – gives feedback
You – bro, you don’t know what I’m talking about

Vivek owns the controlling shares but well less than 50% right?

I think he now controls somewhere around 22-23%.

From a 2017 article by Kevin Arnovitz (still a fascinating read) on the Kings:
“Though he owns less than 20 percent of the franchise, Ranadive was named Sacramento’s majority owner or controlling governor. It was an unusual arrangement that required approval from the NBA, but this distinction gave him unchecked power to make important organizational decisions, even if those disagreeing represented a greater share of ownership.”

Is DeMarcus Cousins or the Sacramento Kings the real problem? (espn.com) 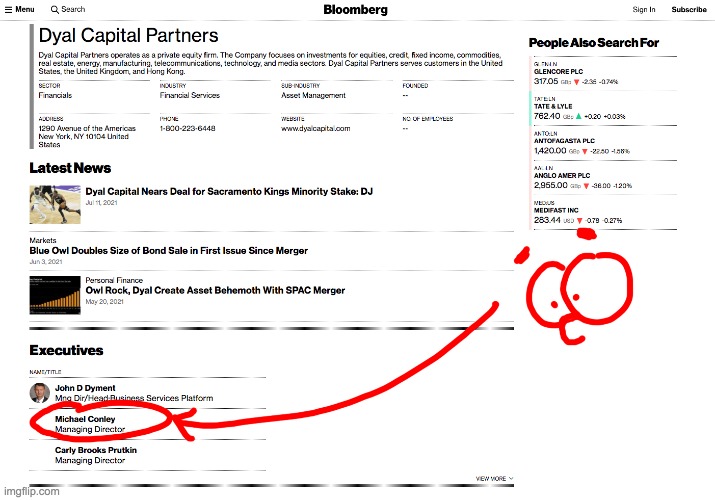 Last edited 23 days ago by Kosta
7

A faceless investment service seems like a perfect fit for one of the worst ownerships in NBA history.

They also just bought into the Suns, who are doing just fine right now. They specifically state in the WSJ article that they aren’t really paying attention to the quality of the team. NBA team values are increasing a rate that makes them very attractive as an investment regardless of the team.

they arenât really paying attention to the quality of the team.

I bet they asked the league to help them find investors of any team that are willing to sell. This just looks like a long term hold by an investment firm, more so in the rising value of NBA teams in general than any particular team.

I think it’s the opposite. I think the investment firm asked the league to help them find minority owners looking to cash in.

In some NBA cities, I can understand why writers and fans do not want to wade into the business side of ownership. The Kings have the longest NBA playoff drought ever in one NBA city in large part because their last owners had liquidity issues. The local media and almost all the fan sites missed that story for a very long time, often parroting illogical claims that the team was still owned like most NBA teams for 2-3 years, before owners that were flat broke — by NBA standards — were acknowledged as having a material liquidity issue. Now a franchise that is suffering massive losses and has NBA majority owner with just a 23 percent stake in the team … who almost certainly has a right of first refusal and undisputedly has the option to bid … appears to have passed all of the shares that were just sold. This issue being covered this way and with such little attention is why this city does not typically have nice things regarding the Kings.

Well, considering you clearly have all the answers, then why were you asking questions further up above?