De'Aaron Fox suffered a left ankle sprain during practice in Orlando today, per Jason Anderson of The Bee. According to Anderson, Fox is set to be re-evaluated in 7-10 days.

Sacramento Kings point guard De'Aaron Fox suffered a left ankle sprain in practice today. He will be reevaluated in 7-10 days.

It looks like Fox will miss the first scrimmage game against the Miami Heat, which is scheduled for July 22nd and likely the other games that follow.

Fox sprained the same ankle earlier in the season in November, which came during practice too.

MRI confirms De'Aaron Fox suffered a left ankle sprain at the end of practice. He will be reevaluated in 3-4 weeks.

The severity of this sprain is not yet known, but the MRI from the last sprain revealed it was a Grade 3 sprain.

The Kings are dealing with four positive COVID-19 tests, with Harrison Barnes and Alex Len still not with the team yet. Buddy Hield practiced with the team today. Richaun Holmes recently had to go into quarantine for 10 days since he left the bubble to pick up delivery food.

To prevent spam, our system flags comments that include too many hyperlinks. If you would like to share a comment with multiple links, make sure you email [email protected] for it to be approved.
Subscribe
Login
Please login to comment
64 Comments
Oldest
Newest Most Voted
Inline Feedbacks
View all comments

The Kings easily have had the worst re-start to this season.

I really would expect nothing less.

Good to see that the stoppage did not have any effect on the injury bug that had plagued this team all year long. Was worried for a sec that they could actually be healthy for a stretch LOL silly me

This sucks and I hate it

This is just Walton’s endgame to truly reenforce the idea of Marvin Bagley’s positionless skill set. Get four players sick, trick Holmes into breaking quarantine, take out Fox. Now he can fulfill his dream of playing Bagley at every position on the floor.

This is just Walton’s Vlade’s endgame to truly reenforce the idea of Marvin Bagley’s positionless skill set. Get four players sick, trick Holmes into breaking quarantine, take out Fox. Now he can fulfill his dream of playing Bagley at every position on the floor.

Last edited 2 years ago by richie88
1

I need the Youngman gif

Seriously, how this team be cursed after the glory day?

Nothing good happened to us (the fans), and we, the fans had been suffered for the life time. Feel really frustrated about all those stuffs

Last edited 2 years ago by HongKongKingsFan
11

After? Did you say, after?

We are literally the only franchise to have the refs throw conference final game! That was at the PEAK of the glory days!

yes, you are right.

Of course, I knew and remember we were also screwed (the referees, C-Webb & Peja injury) during the glory day. (But at the very least, we were under sport’s coverage and being respected and the team were in playoff)

This team had been in playoff drought since 2006….

and we would have a real shot if we had a full and healthy team now, but we never did……….which really sucks….

‘-Red jersey’ now that one is just a self-induced ball buster that didn’t have to happen. Well actually all of them are self-induced outside of injuries. Seems like hope is a fleeting king’s fan emotion.

That’s not being cursed; that’s Vlade being stupid. Take away the bad moves and the Kings would’ve been really lucky over the past few years.

Vlade comes in with a young star and veterans on friendly contracts with a relatively clean cap. His disastrous Philly trade probably had the least bad outcome through dumb luck; they move up twice in consecutive years with one of those years dropping an obvious generational talent in their lap.

This team would’ve fallen ass backwards into contention with even a below-average GM calling the shots.

If only a franchise had the ability to mitigate bad luck with good decision making … if only! pic.twitter.com/DfMXcIjHKJ

It’s not as if I believe that strokes of bad luck don’t exist and can’t be debilitating, but take one look at Vlade’s tenure through the hypothetical what-ifs instead of the decisions he actually made and the basketball gods are BEAMING at him.

Yet the local media likes to pretend that he was dealt the rawest hand of all and it’s just ridiculous. To still be this sad despite an amazing stroke of lucky events is a level of pathetic Petrie and Pete can only dream of.

Last edited 2 years ago by TheEffortPolice
3

We all know that unlucky person in life. The one whose dog actually ate her homework, whose car broke down on the way to an interview, etc, etc.

What they don’t tell you about, on the other hand, is that they decided to make their homework out of bacon and leave it on a chair all night or that they put off changing the car oil for like 5 years or so.

So, yes, misfortune exists. But also, misfortune can be mitigated through good decision making! 😉

Vlade is the one who crashes his car into the median at 65 mph, remains unharmed, car still works and he makes it to the job interview, is on the verge of getting the job, only to at the last second makes the conscious decision to spit in the bosses’ face

Vlade totals yet another company car and the boss looks out over the fleet and says, Vlade take your pick.

Unfortunately Luck is one of those things that is real and almost but not quite tangible, making it a ready scapegoat regardless of how much it factored into the end result

You have to wonder how much of that bad luck is due to replacing Youngman with a henchman?

and seeing how recent evaluations went regarding Bagley’s and Holmes’ injuries, I fear Fox is out for a significant time…

So, this franchise was not cursed….just due to their stupidity for the coach/GM/owner selection

In fact, we, the fans were the real one being cursed…..

Um, KingsHerald. We’ve got that!

Last edited 2 years ago by ZillersCat
4 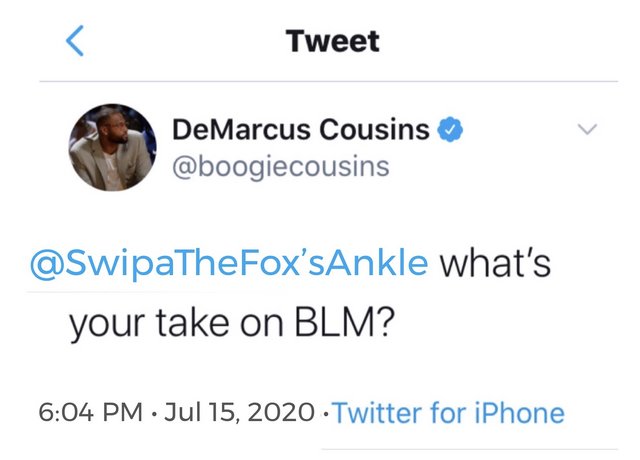 All Ankles Matter! Why should they give his ankle special treatment?

By the way, this hasn’t been said much but I’m disappointed on Stak’s anti-semitic views. Hate is hate is hate. And that shouldn’t have any place in the world.

I missed this, who is Stak? Could you send a link. Cheers.

I feel like you’re going to get tons of mileage out of this one.

…because moderation has worked for me so well in the past.

… naw, nevermind. That would be incredibly stupid because you would take the ball out of Fox’s hands on some plays!

Probably the first time I’ve ever been relieved after seeing the notification “Medical Update on De’Aaron Fox”. My initial thought was covid, and let out a sigh of relief for ankle sprain.

It is crazy though that a conceivable entire starting 5 will all most likely be out for at least the first scrimmage game.

Well this was fun while it lasted.

Talk about a snake bitten team. Just forget about any chance for a playoff run…forget about it!

So, a lot of talk about the Kings and curses/bad luck.

Got me thinking:
Vlade tipped the ball out to Horry.
Vlade went 5/10 from the line in game 7.
Vlade made the Philly trade.
Vlade replaced Joerger with Walton.
Vlade took Bagley over the other guy.

If we are looking for the source of a curse …

Collapsing Vlade’s national identity into an infamous product associated with the most famous non-aligned socialist country and then further into his bad decision-making is at best problematic and at worst xenophobic. I’m not saying it is the latter, but I think it’s worth watching out for making such a chain of equivalences. Vlade = Yugoslavia = Yugo car = Idiocy/Malfunctioning (literally driving backwards). Vlade has really made some horrible decisions, and they go a long way explaining the contemporary state of the Kings. But this has nothing to do with where Vlade was born or what language he speaks. I get it, it’s a joke and I’m not trying to be a killjoy, I just think the joke relies on xenophobia to be ‘funny’.

NBA should never have restarted.

Anybody else find the “will be reevaluated in x days” reporting annoying. It’s like the aim is to report less concrete information about how long Fox will be out. Why not just be upfront about it? Shouldn’t a sports reporter know how long it usually takes to recover from a grade 3 sprain?

I don’t even think it’s a true statement. Won’t the trainers and everyone working on treatment/rehab be reevaluating the state of the injury pretty much every day?

And why the large disparity in the days estimate between Ham and Anderson? Is our organization this bad at playing telephone?

You’re misreading the dates of the tweets in the article. The Ham tweet is an old tweet discussing the timeline for Fox’s previous left ankle injury.

Indeed I am, thanks!

C’mon man, it’s an ankle sprain. That shit really is day to day.

He’ll be fine come the 31st

speaking it to existence

I guess we are cursed for digging up that ground at Arco and the AmPm minniarena. Culture is as culture does

Well that was fun while it lasted…..
Now Walton gets to run his molasses offense!

This whole season I thought he was yelling “Move your asses”. It all makes sense now…

So there is a chance he comes back before actual games start. I hope they are super cautious and don’t send him out there to make it worse.