The Sacramento Kings held a press conference at Golden 1 Center on Saturday, introducing rookies Davion Mitchell and Neemias Queta. During the press conference it was confirmed that both players will play in the California Classic, as well as Las Vegas Summer League.

Mitchell and Queta will both play at the Cal Classic and Las Vegas Summer League.

The players numbers were also revealed, with Mitchell wearing number 15, and Queta wearing 88.

The California Classic is August 3rd and 4th, so we only have to wait a couple days to get out first look at the Kings newest players.

I expect both these players to be solid in summer league. Neither of their games rely on systems to emphasize their strengths.

For anyone who wants to watch the presser

Thanks! I was looking around on the Kings site and didn’t see it.

Anytime, thanks for all your hard work 🙂

So his summer league performance is enough to unseat a 25 ppg scorer the GM was mainly hired to build around? Let’s pump the brakes here. Davion getting drafted shoved Delon out the door. Not De’Aaron.

They just don’t get a Napear’s humor.

Grant is a hoot. Live it. Learn it.

Just a couple more days until these two can begin destroying their careers.

No sarcasm allowed, it will get you down votes. Oh no!! 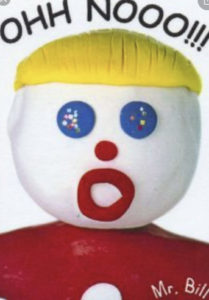 I laughed out loud. Sarcasm needs a comeback here. I miss the chasms

I can have multiple chasms. But it’s rare. And I need candles and lots of foreplay.

One more downvote for the road.

Latest Deuce & Mo with Utah State coach on Queta
Favorite part is at 5:25….”He wants to be coached…you ask him to do something one time, it’s done…you don’t have to repeat yourself…”

Dude was so genuine and well spoken, I was very impressed

Last edited 1 year ago by HeathClint
5

Wants to be coached you say? Too bad he’s going to the Kings.

Coachless Walton will love not coaching up this kid.

Maybe the rook will learn how to watch the tape.

Gotta wonder how many times the coaching staff tried to show Bagley how to set and hold a screen.

They never got past getting him to walk onto the court to play.

Mitchell still doesn’t look like he wants to be here.

(Damian is the next Chris Paul. This is my personal agenda.)

I’m hoping he’s the next Patrick Beverly (without all the BS behavior).

I like the way you think. Wanna jump on that bandwagon.

I didn’t sense Mitchell looked like he doesn’t want to be here.
I’m guessing he just has a serious personality.

Webber didn’t want to come here either. Worked out Ok

I didn’t see him crack a smile once during this presser.

It will be fun seeing these guys sooner than later. Interested to see how Queta stacks up against the competition.

Yeah, my biggest concern with Queta is his footwork. Is he going to be stuck in the paint? Or can he get from the paint to the perimeter and back in time if he gets pulled out on a PnR.

Yeah. Looking at his film he certainly isn’t what I would call slow footed but at the same time his ability to switch and recover will be key to how much floor time he gets. I think we got a steal though. He looks like a physically gifted high BBIQ center with a high floor and high ceiling, with the caveat being that all the tape has him playing against mid major competition and not NBA guys.

Does anyone know where the California Classic will be aired on?

I think it will be carried on ESPN 2.

Feel really excited about Queta, King and Ramsey……
I have high hope in them.

Me too. The only difference is Ramsey won’t see the court in the regular season if Mitchell is the real deal.

As a homer and glutton for punishment, I always get excited to watch Kings games and I can’t wait for the CalClassic!

Ramsey has the size and mentality to be combo guard, his skillset kind of already pushes him to be something of a SG.

James has the length and athleticism to be a backup wing, albeit a little small. I also think his scoring potential remains untapped.

I am excited to see King, he’s interesting if he comes in with a bit more strength, as long as his shooting holds up.

Woodard is my favorite of the returning bench players, I think he is ready for some minutes at the 3/4. He never looks lost on the floor and he sticks to what he is good at.

Metu is another player who I think is ready for minutes at the 4, I don’t think he shouldn’t be playing the 5 unless you are purposely going small-ball.

I don’t follow the inner workings of the Kings as closely as some of you guys do, but if Mitchell truly doesn’t want to be here I can see another Bagley situation that could get ugly real quick.

I didn’t watch/listen to the original presser where this was stated, but I did watch the ESPN interview and Mitchell was absolutely fine. Mitchell seems incredibly driven, and the team just made a (poor) trade to clear playing time for him. I really wouldn’t worry about this being an issue.

Last edited 1 year ago by Carl
8

If I could give you more thumbs down I would.

Maybe I can borrow some of yours?

Yay! Unfortunately I won’t be able to get to summer league this year but I am excited to see both these guys play.

OT for the “it can’t possibly be worse than this” crowd, oh yes it can:

Very interesting, according to ESPN and Bobby Marks the Kings drafted Jalen Johnson and Sharife Cooper.

Is that parallel world ?

Can we plz call him Davion instead of Mitchell

When I hear “Mitchell” I think about Donovan Mitchell not Davion Mitchell. It should catch on soon though

When I hear “Davion” I think about the Dragon Knight from Dota 2.

Shall we cal him Bob instead?

Great! Can’t wait to see them on Tuesday. Hoping they blow me away. Welcome Davion and Neemias to Sacto

Despite the fact that I am unhappy with Mitchell being the pick at #9, I reallty like him as a player and prospect. He’s the kind of hard-nosed, BBIQ, two way player that I love to root for.

Iust thought that there were better prospects to be had at #9. I believe the FO’s BPA rating was heavily influenced by who would contribute immediately, as opposed to who would have a legitimate chance to be a star in this league in the long run. Monte even sort of admitted that.

I dislike the pursuit of the short-term goal of reaching the play-offs (-in?) over the long-term goal of building an actual contender.

But again, Mitchell looks like a player that I can really embrace, like Tyrese. I don’t know much about Queta, will be interesting to see how he does at the next level.

Iust thought that there were better prospects to be had at #9.

Which player you rank as a better prospect than Mitchell ?

You know, by the time of our selection, the remaining draftees are Moody, Sengun, Borknight, or Jalen Johnson………

(I really thought they are going to pick Sengun, but considering how far he dropped, I am okay with not picking him at #9, and I don’t have any preference at #9 during our selection)

I would have taken Moody, Bouknight, Sengun and perhaps even Ziaire (and Jalen Johnson if I felt comfortable about his mental makeup) over him.

I am still wondering if Mitchell will get enough minutes to establish himself. It is one thing to pick BPA over fit when you bring in a top talent who will command minutes no matter what (Jordan, Luka), it’s another thing when you bring one in that is unlikely to immediately reach the level of others at his position (Fox, Tyrese) and will maybe struggle to find a spot in the main rotation.

I hope I am utterly wrong and Mitchell blows me away.

Last edited 1 year ago by RikSmits
2

The draft is such a crap-shoot. I think Davion actually removes a lot of the uncertainty those other players have, because he has shown what his actual potential is. People criticize his age, but I feel like we’re not paying for years of development that may or may not reveal the real skills we see from him: tenacious, intense competitor, elite quickness, excellent ball-handling, leadership. How many Kings picks in the last 10 years can you honestly say came in with that skillset? Isaiah Thomas comes to mind. The tape on Queta is really encouraging too.
Anyway, psyched these guys are playing in the Classic, hoping to go Tuesday. Anyone know if the box office will open before that day, or even be selling tickets day-of? Hoping to avoid the online processing fees…

The draft is a crap-shoot is a cop-out. Is it easy? No. Are mistakes made? Yes. Are some teams considerably better at it than other teams? Yes.

If it were indeed a crap-shoot then Cuban wasn’t that wrong to bring a professional gambler on board, right?

Yeah, the draft is not a crap-shoot. Its just another competition among teams, how well you do you grade and evalute talent compared to your peers.

OK, its not a complete roll of the dice. Maybe a more accurate way to say it its tough to see/understand how a player’s physical attributes, habits, mental make-up, remaining upside, etc will translate to the NBA. Everyone is projecting, with unknowns in the model. With Luka, sure the majority of competent GMs may have taken him ahead of Bagley. But those same people would probably have drafted Markelle Fultz #1.
My point is, no one knows how those players mentioned above will perform compared to Davion. But he’s got a lot of things in his favor, and dude plays defense. If that was a high priority for Monte, then its the right pick.

me thinks what Davion will bring to the team will be 2 fold.. not only what he brings himself, but what he brings out of fox, and the team.. while in scrimmage fox is going to have to work much harder.. so this pick will help bring the dog out in fox and help change the culture of the team..

I hope so!
and Neemias, seems tough on the court as well, while very easy going off court in that presser.
Rooting for these two to start the culture shift.

This is the probably the best outcome from having Mitchell on the team. Forcing Fox to work his ass off everyday in practice and getting his competitive spirit to exist every time he steps on the court, not just when he feels like he needs to prove something (like when he plays against Westbrook or Morant).