When DaQuan Jeffries entered Thursday's game in the third quarter against the Miami Heat, the Sacramento Kings were already down 20 points. While Jeffries couldn't help the Kings overcome that deficit, he did provide a spark off the bench that the Kings had been lacking. DQJ finished the game with 17 points in 17 minutes, including going 5/5 from beyond the arc.

Jeffries has only been back with the Kings for four games since returning from an ankle injury. In his return DaQuan scored six points, but was scoreless in both the Memphis game and the Brooklyn game despite playing 11 and 12 minutes, respectively.

It may be unrealistic to hope for Jeffries to consistently provide 17 points off the bench, but having him back gives the Kings an opportunistic scorer who is also a solid defender. We've lamented Sacramento's lack of depth on the bench, but it appears Jeffries could help that problem for the remainder of the season.

Last edited 1 year ago by RobHessing
9

“Welcome back to the Kings, DaQuan! You ready to be the captain of this team?”

Last edited 1 year ago by Klam
8

…SINCE THE KINGS WERE IN THE PLAYOFFS.

“Being a Kings fan?

“I can’t let you onto this floating piece of wood that will save your life, Luka. You’d take the ball out of my hands. There’s only room for one ball handler.”

“I want you to draw me like one of Will Griffith’s anthropomorphic animal photoshops.”

Might as well let him run and see what he can do with regular minutes. When they rest Fox, Ty Ballgame can move to point and DQ can get burn at the two.

I imagine that in a smaller lineup that he could play the three, but I don’t really know how he’s been when guarding wings, so that’s just idle speculation on my part.

Even though he’s a little undersized for the 3, I still think Jeffries can provide more value there off the bench than GR3 can at this point. He’s got the length and strength to at least battle with most non-elite 3s. I don’t want to pick on GR3, but I’ve been so disappointed with his total lack of production.

He does give the distinct impression of possessing Hulk Strength.

Feel the same about GR3.

Anybody else think for a slam dunk champion he seems almost clumsy? I realize (probably more than most) being a dunk champion doesn’t make you a basketball player and I know it’s weird to say but sometimes when watching him he doesn’t look all that athletic.

Wow, I had completely forgotten that he was even in the dunk contest, let alone winning it back in 2017. He had that nice alley-oop finish in the first quarter yesterday, but I agree that his overall coordination leaves a lot to be desired at times. For instance, he had that rough game a week or so ago where he lost the handle on two different wide open transition opportunities.

Is that you, Kenny “Sky” Walker?

IIRC they used DQ mostly as a small-ball 3 in last season’s bubble games. That was also the case in his start against Memphis a few game ago.

He can guard wings, forwards and centers.

…and all at the same time.

Who would win in a game between mini-Ditka and DaQuan?

If he can stick the 3, absolutely. He’s already a good, switchable defender.

If he can provide 5-10 points a game, spot up/space the floor, and play good defense, he should be playing more.

In the G league he seemed like a good rebounder and help defender. I like him at SG and small ball 3 too.

I see DaQuan Jeffries as our 6th Man of the future.

Ah man, if that’s the case, we will be Kangzing for a looong time to come. Jeffries is easy to root for, but I don’t see how he’s more than mid-bench depth at best.

Can’t be any worse than GR3

Yeah, being part of a reliable second unit is one thing, leading one is something else entirely. But let’s face it, Jeffries is an undrafted player on a two-way deal. If he develops into a player that can consistently contribute even 10-15 solid spot minutes on a winning team, that’s still a success story.

The Chris Paul trade certainly ranks as the top transaction this offseason for Phoenix.

$1.9M non-guaranteed contract that will get guaranteed on Feb. 24.

It’s OK, we have Hassan Whiteside. 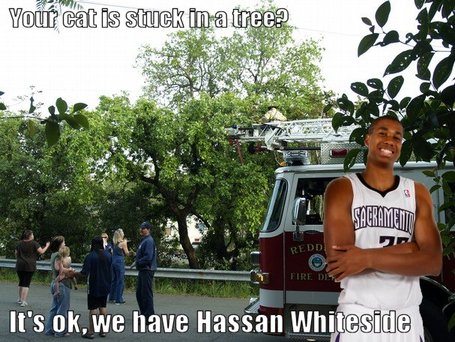