As an additional note, with so many moves over the last two days, I will not be able to make this all-inclusive, but will try to capture the biggest news.

After a few days of speculation that he might end up in Indiana or New York, Gordon Hayward surprised everyone and landed with the Charlotte Hornets.

Hayward is still a very good player when he's healthy, but the Hornets are making a huge financial commitment to a player who will be 34 at the end of his deal.

There was a battle between the Raptors, Lakers, and Mavericks all hoping to sign Gasol for the season, but ultimately he ended up in Los Angeles.

Marc Gasol is finalizing a deal to sign with the Lakers, sources tell me and @ZachLowe_NBA.

As part of signing Gasol the Lakers sent JaVale McGee to Cleveland.

In three days the Lakers replaced Dwight Howard and JaVale McGee with Marc Gasol and Montrezl Harrell. Quite the upgrades for the reigning champs.

The battle of Los Angeles

Of course, the Lakers aren't getting every player they want. Before signing Gasol the Lakers had been hoping to land Serge Ibaka, but he ended up signing with the Clippers.

While the Raptors lost Ibaka and Gasol, they didn't wait long to replace them, adding Tristan Thompson, Aron Baynes, and Alex Len (who we wrote about earlier).

Toronto picks up one of the top big men on the market in Aron Baynes. Second season is a team option, sources said. Marc Gasol heads to Los Angeles on an agreement with the Lakers, where his preference has been and where his brother Pau is an icon. https://t.co/BiJ9JpeIGg

Aside from Danilo Gallinari and their not-very-nice attempts to sign Bogdan Bogdanovic, the Hawks also added Rajon Rondo.

Hawks are determined to get better defensively in the backcourt rotation, bringing on Rondo and Kris Dunn on two-year deals. https://t.co/pn3tayvhAA

Rondo was good in the playoffs for the Lakers, but tends to check out in the regular season. Atlanta better hope all these moves lead to a playoff berth, otherwise adding Rondo is unlikely to help.

The Knicks got a bargain on Austin Rivers

I know a lot of people aren't huge fans of Austin Rivers, but three years for just $10 million seems like a bargain.

After some talk of Melo possibly finding a new home, maybe even back in New York, he ended up signing on to stay with Portland for another season.

The Lakers keep some supporting cast

Kentavious Caldwell-Pope and Markieff Morris are both staying with the Lakers on new deals.

Third year for Kentavious Caldwell-Pope and the Lakers contains a partial guarantee, sources say. The deal gives him a $15M average salary over next two seasons and $68M guaranteed over five years -- and last year's championship ring soon. https://t.co/LssARAoEpV

KCP was really important to the Lakers last season, but that contract still feels like an overpay to me.

DeMarcus Cousins and Willie Cauley-Stein each agreed to new contracts. Willie will stay in Dallas, and Boogie will join the Rockets.

Cousins will sign a one-year, non-guaranteed deal, sources said. Houston expressed interest in signing the four-time All-Star before the NBA restart in July. Cousins serves as an upside signing, and has shown focus and drive in rehab through multiple long-term injuries. https://t.co/LUCaKrWwcj

It's a strange world where Cousins gets a non-guaranteed minimum and Cauley-Stein gets multiple years guaranteed. Of course, if Cousins can prove himself healthy, he could earn a more lucrative deal next summer. 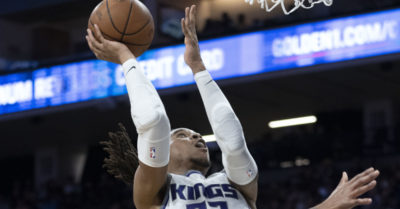 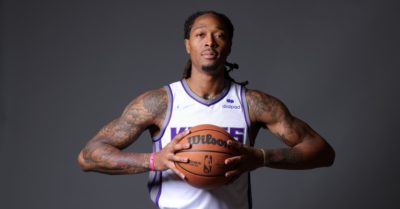 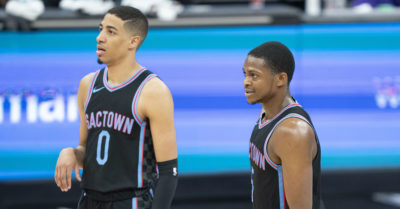 I still want to know when the Kings plan to actually do something. Fox’s new contract aside….

They’re probably waiting for the Bogdanovic situation to end before making moves, I mean Whiteside is still available ð©.

Whiteside is a hypothetically replacement for Alex Len, he’s a 20-25 MPG player behind or in front of Holmes. I kind of like Holmes as high nergy off the bench.

I don’t mind it, I prefer Len, but you could say Whiteside is probably better than Len.

Here’s the problem with Whiteside, he is very deliberate with his post moves, he gives the ball away, because he brings the ball down low and gets easily stripped. His post moves are super mechanical.

He’s just begging for the opponent to take the ball away from him. Offensively he has to be used soley as a lob target, a roll target, an offensive rebounder, and high pick setter.

You cannot use Whiteside as a low post center, he brings your offensive to halt. So as long as the coach knows this you go away from this weakness.

The reason I do like Whiteside us because Marvin cannot anchor a defense as a center. He’s not a good help defender and he does not control the paint like Len or Whiteside or Holmes.

I would like to add Whiteside bc it solidifies Baglet at the 4. He has no business guarding starting level centers.

And in case you have not noticed, the centers in the West have gotten big. Whiteside is a big dude.

One thing I haven’t seen discussed here – Bogdan actually signed the offer sheet, right? Doesn’t that mean a sign-and-trade with the Hawks is out of the question?

Thanks for asking, that’s my understanding as well. Can someone please clarify?

All the reporting shows he signed the offer, so I think we can feel pretty comfortable there – if so, we’re either matching (and trying to deal him later) or letting him go today.

When you match a RFA an automatic 1 year no trade clause kicks in, so Bogdan would have to agree to be traded in the next year. Plus, the deal includes a 15% trade kicker, meaning trading him even after the one year comes for a price. I’m guessing McNair is ringing all 30 teams to try and deal Hield, which if happens, makes swallowing Bogdan’s contract a little easier. I think they should match regardless. I don’t think the Bogdan deal is an overpay.

Yep I get all that, just wasn’t sure if we’d be hearing about an S&T with the Hawks, which depends on whether he actually signed the offer sheet.

I think it was BHE or Adamsite that mentioned that the Hawks could pull the offer if Bogi did not technically “sign” the document…not sure the legality of all that. If they are able to pull the offer sheet, then a S&T could be done, I think. But my guess thoughts are that will not happen and the Kings will get nothing.

Willie got one year guaranteed contract with a team option on second year. It is basically a one year minimum deal unless he plays well. 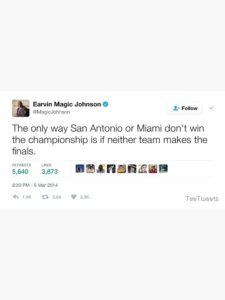