Harrison Barnes had a career year last season. His scoring average wasn't the highest it's ever been, but when we look at the entire picture, it was undeniably the best year of Barnes' career. 16.1 points is the highest Barnes has averaged outside of his time in Dallas, but his time with the Mavericks saw a much higher shooting volume and lower efficiency.

Barnes' 49.7% FG% was the highest of his career, and Barnes managed that while still taking 11 shots per game. His eFG% of 57.5 was a career best. Barnes also had career highs in rebounds (6.6) and assists (3.5), while also providing the team with solid defense and the ability to stretch the floor (39.1% from 3 on 4.4 attempts per game).

In short, Barnes did everything you'd want him to do. So where does he go from here?

Obviously we hope that Barnes can at least maintain that same level of production, and there's no reason to suspect he can't. None of his numbers are absurd outliers from his career production, he simply got a little better across the board. At 29 years old, Barnes is still conceivably in his prime and we shouldn't expect dramatic decline for at least a few years. Given his basketball intelligence and work ethic, I'm not concerned about regression.

Can Barnes do more for the Kings? He could score more points, but that's not really what the Kings need from him on a night-to-night basis. He could be a more disruptive defender, but that applies across the roster and Barnes is far from the worst defender.

It's possible that we've seen the best we're going to see from Barnes, and all we can hope for now is to maintain that same production. But Barnes is one King who doesn't have a glaring weakness. If Barnes continues to provide well-rounded production while being a stable force in the locker room and a positive force in the community, I'll be perfectly happy. 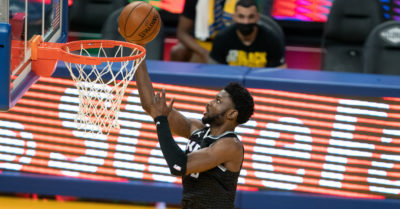 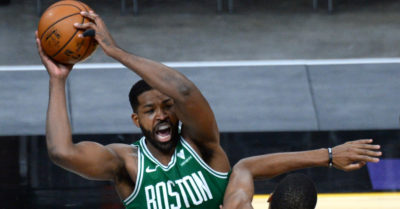 Hard to believe he is 29. Seems like he has been in the league for 2 decades. I see his minutes and stats decreasing some but his overall efficiency remaining the same.

Can we just trade for Ben Simmons yet?

I agree across the board. Good basketball player, class act, excellent vet to mentor our youth. His wisdom makes him seem older. Hope he stays healthy and is still a King when the Simmons trade goes down.

Also in amazement that he’s only 29. Why’d I think he was a lot older?

If Barnes just does what he did last season over the next 2 years, than he’s a good value player.

Seems to be a simple equation to me.

Last edited 3 days ago by Kingsguru21
5

I just want to know why Will and Youngman are teasing us so badly about Kings news on Twitter.

I understand many want to put him at the 3 since he’s the only person on the roster who could play that position effectively, but Barnes has demonstrated time and again that his best position is as a stretch-4 with opportunistic usage on the offensive end. From that position he can stretch the floor, switch on defense, and provide a steady veteran presence on either side of the ball.

I’d like to see the Kings start to optimize their pieces now that the long term roster is starting to come more into focus (Barnes and Holmes frontcourt, Fox and Hali backcourt). We just need that starting caliber 3 to pull everything together, which could maybe be had given some maneuvering with the loose trade pieces we have (Buddy, Bagley, TT, the prospects and picks).

I agree with you. We do need an above caliber wing. As a possibility what about a trade with buddy and bagley to the warriors foAndrew Wiggings. Money works. Years work.He has worked hard on is defense.

I feel like the idea of Wiggins sucks much more than the application. He’s a young high volume scorer who can play league average defense on the wing. That’s kind of our ideal player right now, right?

Another really good wing is the Rockets OG Anunoby. One of the best wing defenders in the NBA. He can defend almost all positions and can also score. He does have an escalating salary so something might be worked out.

ok, now some talking. Kings passed on OG to take Justin Jackson a few years ago. Traded down from 10 and took Jackson + Harry and passed on OG.
I like him but not for both Buddy and Bagley.

Isn’t OG on the Raptors? Or did I miss a trade? I’m not sure he’s available though. My understanding is that the Raptors are moving forward with a VanVleet, OG, Barnes, Siakam core. While that kinda looks like OG, Barnes, Siakam, even Precious looks like a log jam, they’re all pretty versatile and can probably go from 2 (OG, Barnes) to 5 (all of them) in various rotations.

He’s still listed on Toronto’s main website so one could reasonably assume he’s still a Raptor.

Last edited 2 days ago by Kingsguru21
0

Hard pass.
Wiggins is like cotton candy-looks good, tastes good but done in 5 minutes and not much there.
This proposal sounds like a dump of 2 guys “we” don’t like