With the 9th pick in the 2021 NBA Draft the Sacramento Kings have selected Davion Mitchell. This comes as a huge surprise as the Kings had not been linked to Mitchell at all. It remains to be seen if this is a pick for the Kings or if they'll be trading the pick.

Davion is a dude I would bet on to make the most of his NBA career, and there's no question as to why he excites teams; he's as high-motor a defender as you could ask for, and was the soul of the Baylor Bears championship squad this year. He also took big steps forward as a shooter and playmaker this year. So why do I have him so low? At 6'2 with a 6'4 wingspan, he will certainly make an impact on defense, but I don't think he has the defensive range that many of his comps (Marcus Smart and Jrue Holiday) do. And while he nailed 44% of his threes this year, I worry that this year was a shooting mirage - he hit on just 31% of his threes in his first two seasons, and his career free throw mark is just 65%. That all said, I understand why teams want to bet on the person - he's a legitimately awesome competitor.

I'll be honest, I am baffled by this pick. Mitchell is two years older than Tyrese Haliburton. He's a year older than Marvin Bagley. He's a tenacious defender, but guard is the one position where the Kings already had depth.

Obviously, I always want success for whoever the Kings pick, but this is an absolutely confusing selection. 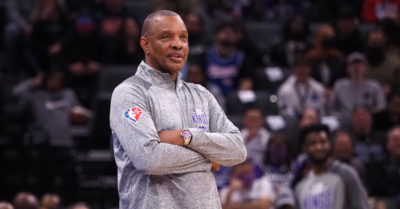 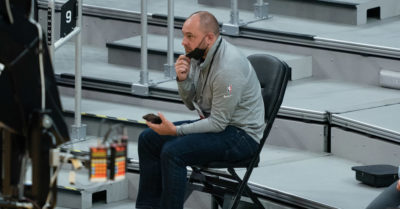 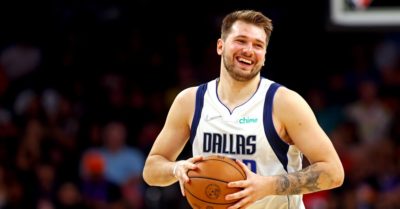 Let me be the first to say welcome to
hell.

At least Jerry Reynolds is happy.

Actually Jerry said he loved Mitchell but would draft Moody due to guard glut !

Happy for the kid! Welcome!

But… won’t he take the ball away from Fox’s hands?

Monte McReynolds made the pick.