Trey Lyles came to the Sacramento Kings at the trade deadline as part of the Marvin Bagley/Donte DiVincenzo trade. At the time most Kings fans had pretty low expectations for the journeyman forward, he was mostly considered a thrown-in for salary matching purposes. But Lyles turned out to be a pleasant surprise following the deadline.

This isn't to overhype Lyles' performance. The Kings didn't discover a long-term starter who had simply been buried elsewhere. But Lyles proved himself to be a capable rotation player, with a few big nights sprinkled in along the way.

Lyles played 24 games with the Kings following the deadline, starting 20 of them. In that stretch he averaged 10.6 points, 5.6 rebounds, and 1.3 assists per game. He also was averaging a little over 22 minutes per night, more than he'd averaged at any stop in his NBA career.

Lyles will likely see his role reduced this year, as his minutes increased significantly last year when Sabonis went out for the season, and the Kings have since added Keegan Murray. But Lyles should continue to provide the Kings with nice depth as the season progresses.

Right now I'd expect Lyles to be behind Murray on the depth chart, and Harrison Barnes will likely see some minutes at the 4 as well. But behind those two, Lyles seems to be the more reliable option compared to the inconsistency and oft-erratic play of Chimezie Metu.

Lyles should provide competent, reliable depth for the Kings front court, which is a luxury we haven't always had in Sacramento. 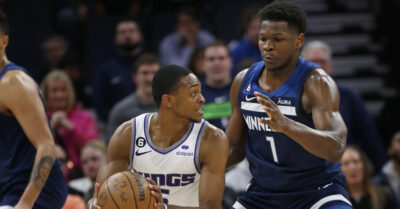 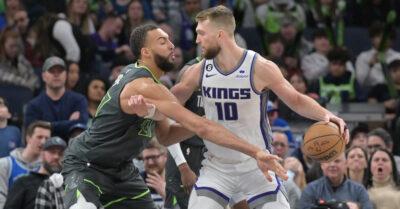 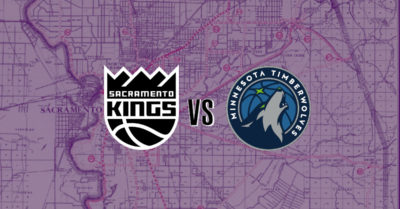 I’d personally place Lyles above Metu in the power forward spot to start the year, but Metu’s experience with multiple current Kings coaches on Team Nigeria may promote Chimezie to backup 4. But that will probably be a camp thing IMO.

If it is Lyles over Metu, then Lyles’ standard playing time will depend on whether it’s a 9 or 10 man rotation. If it’s 10, well yeah, he’s in there. If it’s 9-man, I think it’s between Lyles and Davis for that last rotation spot. Holmes may play less minutes due to playing behind Sabonis, but the last player to get a rotation spot will be either Lyles or Davis.

We have Fox, Huerter, Barnes, Murray, Sabonis, Davion, Monk, and Holmes for sure getting spots. That’s 8. Now, assuming 9-man, do you want Davis or Lyles to fill the last one?

Plus, of course, injuries and cold streaks will lead to more playing time throughout the season.

Last edited 4 months ago by fossilizedflatus
0

Of course he signed a long contract….but without Tyrese playing pick and roll with him, his efficiency would very probably drops. Also, he cannot create his own shot (unlike Metu / Lyles)…………

YMMV, and that’s perfectly fine. I would say of those four you mentioned Holmes is the best overall player right now. He was a good center without Tyrese, getting “MVP!” chants in G1C which was just praise for his relative effectiveness and effort. He’s gotta bounce back, but I do expect that.

While he’s not going to pull off dribble moves from the perimeter and drive in, I do seem to recall the ball being dumped to him a few times and he was able to score with his push shot. I wouldn’t call all those buckets assisted. But overall that’s a good point. I wouldn’t call him a shot creator.

As I wrote, I think he may be the 9th man in terms of minutes unless he can get some time with Domas (not in favor of that unless Holmes develops a few different at least middling 3PT shots). But I think you still need a backup center, and Lyles and Metu aren’t really that.

Holmes has been hyper efficient since he landed in Sacramento, including his first season here when Tyrese hadn’t yet been drafted. Additionally, Fox is still a capable playmaker. Holmes is also the best defensive center on the team and makes smart decisions with the basketball more often than not.

If Holmes isn’t in the rotation, it’s because something has gone very wrong for him. I don’t see that happening.

I’d place Lyles as the 10th man right now. I like him, and he is a quality depth piece, but as you say Greg:

Lyles should provide competent, reliable depth for the Kings front court, which is a luxury we haven’t always had in Sacramento.

He really is a 15MPG guy IMO. But as long as Richaun Holmes is around, and with Barnes and Murray getting those minutes ahead of Lyles at the PF spot, I don’t see Lyles getting much burn if everyone is healthy. But that’s rarely the case, and I expect that Lyles may be willing to accept he’s a 1000-1200 total minutes player at this point in his career.

He’s solid and steady and that is a wonderful thing to have as a 10th man. Metu has a ways to go before he’s even really at that level.

Pretty much this. I give him the edge over Metu because of his more consistent ability to hit from deep and create his own shot. IMO, he’s also a bit underrated in post. The dude is deceptively strong. Reminds me a bit of Carl Landry in that way. Overall, though, he’s pretty low on the rotation and will only get significant minutes if injuries occur.

Lyles can play basketball but is he even a backup on a good team?
This is what the Kings have and that’s the end point, but Kings need to improve past him. IMO Metu has more potential to change a game and make the opponent take notice.

I would say he’s a backup on a good team. Not a big minutes backup, but he can hit shots, doesn’t make mistakes too often, and isn’t a sieve on defense. If the Kings can justify having him as a 3rd stringer, that’s not a bad sign.

Competent and consistent professional basketball players are a surprise to this organization and it’s fans. That is a key point to this article.

Here is an interesting question. Would anyone prefer to have Marvin Bagley over Trey Lyles?

I feel a bit strange saying it (still). I would much rather have Lyles over Bagley . From what I saw last season, Lyles is a smart basketball player. That goes a very long way for me.

I’m excited to see who wins the 9 and 10 rotation spots. I cold easily see it being Lyles but I could also see it being 2 of Metu, Moneke, Bazemore, Okpala, Davis, Len, Queta or even Ellis with Lyles looking in from the outside. It’s pretty cool to have 8 guys that are competing for the final two spots for regular minutes. There is a lot of talent in that group of 8.

Which brings another fun question up… Presuming 8 spots are already decided, Who wins the final 2 rotation spots? I think it’s going to be Okpala and Davis.

Last edited 4 months ago by ArcoThunder
1

That’s not even a question at all.

I can say, 99% of Kings fans would prefer Lyles over Bagley.

Seriously, no one want Bagley on this team.
complete garbage on defense, black hole on offense.

It is all joys after McNair traded him away.

There are so many people and things that do so much more for this team than Bagley ever did or will do.

i enjoy what Lyles brings as a back up playing limited minutes.. what I’m really hoping for is that we can somehow trade barns and Holmes to get a 6-7, 6-8 3and D type small forward. It means we’re gonna have to probably get someone on the upside with potential and take a chance. It’s kind of what we need is to look into a player that has potential and realizes it because we’re not gonna necessarily get an established stud or a draft pick will take multiple years.

I still think there is a solid player in Cam Reddish at some point. He has the skills, thought he was on the path a bit ago with Atlanta, then just fizzled. His main problem is that he thinks he is an All-Star, when he can’t even make the rotation in New York.