According to Sean Cunningham of Fox40, the Sacramento Kings have assigned swingman Chima Moneke to the Stockton Kings as Sacramento’s G League squad prepares for its season opener next week.

The Sacramento Kings added Chima Moneke to the training camp roster of the G League Stockton Kings. Good opportunity for the UC Davis product to get some work in as camp runs Oct. 25 - Nov. 2. Full Stockton roster below. pic.twitter.com/S71KviRvPa

Moneke, a relatively unknown player many expected to be among Sacramento’s final camp cuts in the offseason, managed to snag the Kings final roster spot through both his tenacious play and his familiarity with Mike Brown’s coaching style and system through the Nigerian national team, beating out bigger name veterans such as Kent Bazemore and Quinn Cook in the process. Unfortunately for Chima, although he conquered the largest hurdle in simply making the team, the likelihood of him garnering playing time while sitting behind Kevin Huerter, Malik Monk, Terence Davis, Harrison Barnes, and Keegan Murray is extremely low.

The plan to send Moneke to Stockton is a smart one, even if he’s a bit older than most players shifting back and forth between home and minor league squads, as he’ll turn 27 in a few weeks. Because Moneke is on a full-time contract for the Kings, he cannot be snagged by another team or offered another contract. He’s still fully under control of the organization. In addition, instead of merely riding the bench night after night, Chima can continue to develop his skill set in Sacramento’s overarching system, with the hope that he either contributes at a high enough level in the G League to earn some minutes for the Kings, or that the front office makes a move or two to open an opportunity for him to get some playing time.

Along with Moneke, two-way players Neemias Queta and Keon Ellis will also be heading down to Stockton, which should come as no surprise. Neither Queta nor Ellis are expected to come close to cracking Sacramento's primary rotation, and shifting them to the G League will allow them ample opportunity to get some in-game development under Head Coach Bobby Jackson.

Update: The Kings recalled Moneke to Sacramento one day after assigning him to Stockton.

We’re seen the Kings use this strategy before, and Moneke will likely bounce back and forth between Stockton and Sacramento throughout the year. Having their G League affiliate so close to Sacramento allows the Kings to maximize practice and playing time for end-of-the-bench players. Moneke was likely recalled so he could practice with Sacramento’s main squad as the Kings have a break until their game Thursday against the Grizzlies.

To prevent spam, our system flags comments that include too many hyperlinks. If you would like to share a comment with multiple links, make sure you email [email protected] for it to be approved.
Subscribe
Login
Please login to comment
58 Comments
Oldest
Newest Most Voted
Inline Feedbacks
View all comments

He can’t do much worse than KZ

offensively, sure. Defensively is where that kid’s upside lives. I believe he held Curry scoreless for about 5-6 minutes the other night, a fair accomplishment for a guy 6″ taller than Curry. Too bad he can’t throw the ball over the side of a boat and hit water…

Well, he played the first 3 minutes and didn’t really see the court after that. Maybe a possession after a timeout or something. Gonna need more than that

Wish him luck and and hopefully he gets some good work in at Stockton this season, but I can’t help but think he and KZ were a Duje Dukan type of signing. Brown getting a bone thrown to guys he likes.

Nigerian Olympic coach Mike Brown, the Warriors, assistant, "KZ [Okpala] is a remarkable talent . . . He has a chance to be, obviously, an elite defender." Says he could be an eventual contender of Defensive Player Of the Year. "His upside is tremendous."

He and Davion sure wore out Dame’s ass last week. KZ is definitely a guy you can throw at a star player to make them work.

I wouldn’t put either of those guys in the Dukan category. KZ was an early 2nd round pick and Chima has had success overseas. They also both have the physical capability to compete in the nba.

Sad to see Moneke and Ellis both headed to Stockton……….

especially when the Barnes and Mitchell struggling……………..

(Moneke can provide energy that Barnes lacks of….while Ellis can provide some 3 pts shooting, although with less defense…but Ellis is taller)

If Moneke and Ellis are in your NBA core rotation right now, you are either in big trouble, or you are positioning for Wemby.

If we get Wemby, I will start a change.org petition to rename G1C

Moneke might help now actually. Look at all the lazy rotations and the lazy transition D. Moneke is an energizer.

Sincere question: why is Keon so far from being an NBA player? In pre-season he was knocking down shots and people were lauding his defense. Seems like exactly the kind of low key player every team needs. I’m not sure what he needs to work on to be a rotation player.

He is a rookie. It was never the intention to play a player on a two way contract before any
one else.

My guess is that an undrafted and underweight rookie prospect is not a core rotation NBA player. And I did not use the phrasing “so far from being.” I said “right now.”

I get that it’s unlikely to be an undrafted guy and get minutes (and he was a 2nd round talent that wanted to control his future) but it’s not unheard of. I’m just curious as to why he’s deemed to be so unread.

It will be good to see Chima actually play some more just to see what he has. Does anyone know G League games are viewed this season? Is it still YouTube?

With those space age glasses on, Chima Moneke looks like someone from the future who came back to warn us about something. Maybe this trip to Stockton is part of his plan to save the world.

The official eyewear of the Sacramento Kings are:
Joakleys
Stray Bans
Owie Gyms

I kind of figured something like this would happen as he is last on the depth chart, but that also makes me question the signing. Are the Kings hoping to develop him or something? I mean, he’s soon to be 27 so I’d figure he is what he is by this point.

I know we are talking about the 15th man on the team, but shouldn’t a move like this be for a young prospect you have hopes of polishing into a role player? If Moneke, at 27, is unable to crack the rotation, why keep him on the roster?

And now he’s being recalled, apparently.

I have a question for you. What is your take on Keon Ellis? At 6′ 6′ can play defense and shoot the three can he play some minutes to see what we have?

LOL, what is going on?

The Sacramento Kings have recalled Chima Moneke from the G League Stockton Kings.

I mean, nobody WANTS to go to Stockton.

wasn’t there a serial killer there very recently?

Even the people who live in Stockton don’t want to be there.

As someone who (unfortunately) grew up there, these comments check out.

“Oh, you want to play more? Here’s the door to Stockton.”

Last edited 1 month ago by RikSmits
0

maybe he’ll get some minutes off the bench.

Totally off topic…..just felt a 5.1 earthquake here in the Bay Area. Apparently 12 miles from San Jose. I didn’t even realize it was happening until my co-worker asked “do you feel that?”, lol.

This is not a drill. OFFICIAL: @SacramentoKings assign Chima Moneke to the @StocktonKings.

I hope they’ve at least given Moneke a fat per diem to cover his gas expenses.

They practice at the Arco II practice facility, not Stockton. Learned that today listening to TKB podcast. Other than games, they spend their time in Sac basically.

Last edited 1 month ago by Kingsguru21
2

Must be the next episode of The Run. 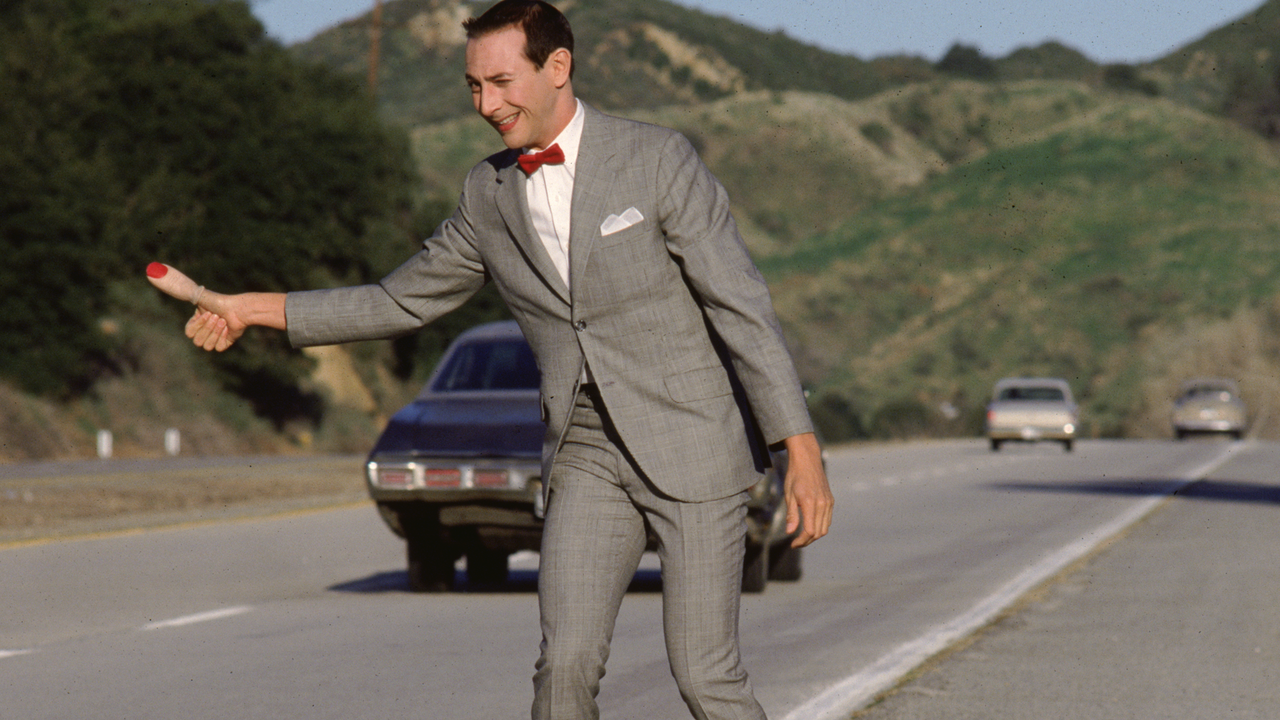 Last edited 1 month ago by RobHessing
5

If you lend Creedence to that sort of thing.

Idle question: Is Bobby Jackson the best option for training up players to run in Mike Brown’s system?

I honestly don’t know. Maybe another question can clarify things: Could Bobby Jackson get a head coaching job on another franchise’s D-League team?

Like it or not, anyone who got their job under the VD administration is highly suspect.

Man the bar is lowwwwww.

The ultimate KanGZ fan fantasy is a player on a two way contract representing the team as an all star.

It’s pretty friggin sad that you in no way addressed my question.

And again, why do you think NBA teams pay for D-League teams? Because they want to give the people of Stockton and Rapid City a moderately fun activity thirty-five times a year?

The generosity and philanthropy of franchise owners towards backwater hellscape towns knows no bounds,

I find it fairly amusing that not a single person has once commented that the whole point of this was to allow Moneke to practice with both Stockton and Sscramento in the same day. And it’s not like he drove 200 miles yesterday either. He originally knew in advance he’d go from whether he’s staying at the moment, to G1C, the Arco II practice facility, then back home.

But I guess that isn’t as funny as Pee Wee pictures or mental images of Chima on a 60 mile yo yo between Sac and Stockton so he could practice twice in a day.

And apparently this isn’t uncommon amongst fans. James Ham talked about this on 1320 with DLo and KC. Talking mainly that the fans have a large misconception to where the Stockton Kings operation is actually run vs the assumption that it was run in Stockton.

Last edited 1 month ago by Kingsguru21
0

You are so much better than the average human.