NBA Hall of Famer Bill Russell passed away on Sunday at the age of 88. His family shared the news via Twitter:

Bill Russell was a legend in every sense of the world. As a player, he’s one of the greatest to ever play the game. His 11 NBA Championships in 13 seasons is a feat unlikely to ever be matched. He was a 5x MVP, and was a transformative figure in the history of the NBA.

In addition to being inducted into the Naismith Hall of Fame as a player, he was also inducted as a coach. Most of his success came with the Celtics, where he coached Boston to two more NBA Championships. His final coaching job was a 58-game stint with the Sacramento Kings, followed by a short tenure as Kings General Manager.

In 2017 the Sacramento Kings wrote a retrospective of Russell’s tenure with the team, and it’s full of great quotes from former players, as well as the great Jerry Reynolds who worked with Russell as an assistant. It’s certainly worth taking a moment to read the whole thing, but my favorite anecdote came from Reggie Theus:

“It was very interesting because Bill, as a player, he was a phenomenon – at his size, to be able to do the things that he did, no one else has ever been able to duplicate,” said Theus. “He would try to teach us the way he did things. And a lot of the things he did, were not how we were taught to play basketball.

“I said, ‘Bill that goes against everything I’ve ever been taught,’” said Theus with a chuckle. “And Bill goes, ‘That’s why you never won!’”

Russell’s tremendous accomplishments on the court are only a part of his legacy. He was also a dedicated activist and championed racial equality. His activism stretched from the Civil Rights movement, when he spoke alongside and in support of Muhammad Ali, to modern days when in 2017 he shared a photo of himself kneeling in support of athletes like Colin Kaepernick. In 2011 Russell received the Presidential Medal of Freedom.

In addition to his success as a player, a coach, and an activist, Bill Russell is known simply as being a great person with a great sense of humor. He delighted in flipping other NBA legends the middle finger:

Sorry everyone, I forgot it was live TV & I can’t help myself whenever I see Charles it just is pure instinct. @NBAonTNT @NBA #birdman #NBAAwards pic.twitter.com/0zQLvWhuKi

The world is far better place for Bill Russell having been a part of it. May he Rest In Peace.

If you compare Russell to any other athlete, he was the greatest. He changed basketball. He stood up against racism, he won more championships than anyone else. He was the greatest ever. There will never be another like him! 😢

To understand Russell’s greatness and the depth of the racism he had to endure, please read this story: https://www.msn.com/en-us/news/us/bill-russells-daughter-account-of-racism-he-faced-resurfaces/ar-AA10b4kl. Then imagine doing the things he did despite these experiences.

As a long time Celtics fan who went to college near Boston in the early 80’s, I was always amazed at his grace and accomplishments. Two time NCAA champion, Olympic gold medalist, 9 time NBA champion as a player and two times as a player-coach. That will never be beaten. Sure, there were fewer teams, but the talent was concentrated.

LMAO on the Charles quote.

This is off topic a bit but can someone please tell Jerry Reynolds to go into business with someone and open up a sacramento Kings themed Barbershop.

do I need to tell you what the name should be?

Hippity Hop To The Barbershop

I love this! We should tell the Warriors to do it so then Vivek gets the idea.

Russell was a legend on & off the court. RIP.

Bill Russel = truly someone we can all look up to whole heartedly.

Basketball’s greatest Champion in every sense of the word. R.I.P. William Felton “Bill” Russell. You brought joy to so many and made our world a better place.

Sorry about that Sacramento Kings spot. You were only human.

RIP to a great basketball player and an even better man.

The world lost a great one today. RIP big fella.

Russell is a major figure in the NBA and sports history, but the word around the Kings was that he was barely interested during practices and basically checked out.

I was visiting my father in Phoenix in January 1988 and since the Kings were in town we took in the game. The Kings won! Little did I know at the time that I had witnessed 3% of all of Russells total wins with the Kings and 25% of his road wins. RIP.

Last edited 13 days ago by lutherRackley
1

Jerry West may be the logo, and Jordan may be the GOAT, but Bill Russell was THE MAN. RIP, and here’s to a life well-lived.

We lost Nichelle Nichols to.

And he did it in these shoes! 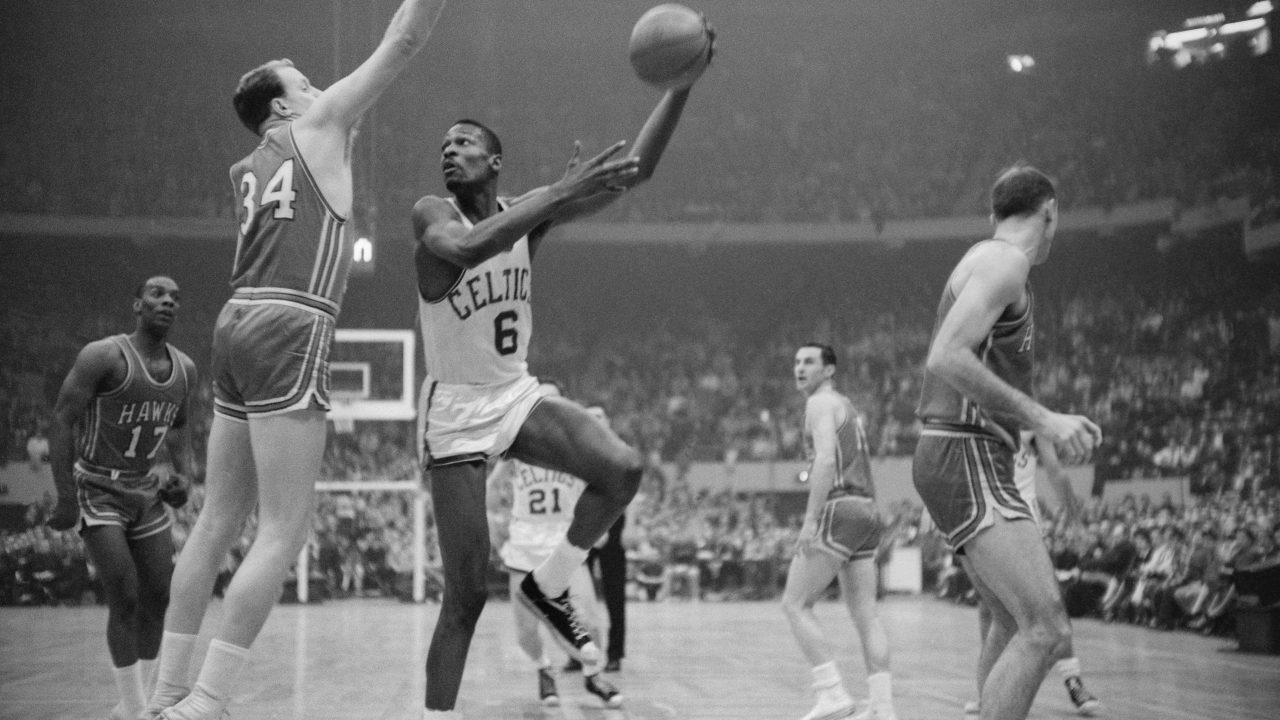 Last edited 13 days ago by Kosta
0