Monte McNair has made a series of interesting partially-guaranteed signings over the last few weeks, and according Yahoo! Sports' Chris Haynes, free agent sharpshooter Sam Merrill is joining that list.

Merrill is a 25-year-old 6-4 shooting guard out of Utah State University. He has two NBA seasons under his belt, playing 30 games with the Milwaukee Bucks in 2020-21 followed by just 6 games with the Memphis Grizzlies in 2021-2022.

As Haynes noted in his report, Merrill is a legitimate shooter. The NBA sample size is small, but Merrill will arrive in Sacramento sporting a career .400 3P% on 1.9 3PA per game. Over his 4-year run at Utah State, he shot .421 from 3 on 5.7 3PA per game.

The Athletic's Tony Jones reported on the details of Sam Merrill's contract with the Kings, and much like Chima Moneke, KZ Okpala, Quinn Cook, and Matthew Dellavedova before him –– Merrill's contract is not guaranteed, and he will have to fight for his spot on the regular season roster in training camp.

Sam Merrill received a two year deal from the Sacramento Kings, League Sources tell The Athletic. The deal comes with a partial guarantee, so he will have to make the roster. But the Kings currently have spots available. @ChrisBHaynes first reported an agreement

It's hard to be overly negative on any training camp signing, but I like Monte McNair's thinking here. The Kings have quietly collected a nice mix of young players and veterans with a wide range of skill sets that should create a pretty competitive environment in training camp. Good luck, Sam Merrill. We'll see who survives the cut.

He’s an NBA champion, so he’ll bring that winning culture to the team.

I liked Merrill in college. Never thought of him as a topflight NBA guy but he can shoot. There are guys with his height who have carved out a reserve slot as a sharpshooter.
I don’t have high hopes, but he is better than K. Guy or J. James
There is a theme here: shooters or defenders. And a few of both. A direction, at least.

Camp competition.
Does this fill all the roster spots?

I am delighted that the Kings are willing to spend money on these Hail Mary’s.
If one of Cook, Delly, Merril, Okpala or Moneke can make an impact, that’s great. Add in Q and Ellis.
I am still perplexed and angry about the wasted second round in the draft.

I am so perplexed and angry about the wasted second round in the draft that I have regrettably been forced to turn to beer.

I believe that they thought they could convince Sasha to come over- the playing time issue was the killer. They actually got the buyout money in the trade. But you can’t guarantee playing time.
The #37 was wasted – they got 2 futures from the Mavs but much lower than 37. There were a couple of guys there who may have been worth the risk but…. they are young and unproven, and the recent moves are for guys with some “proven” in them.
Getting Ellis without using a pick may be the steal of the round- that guy plays some serious defense. I see him as a potential Terrance Mann type- use at end of quarter for D only.
I have passed on beer and have hit the harder stuff.

The issue was commitment to the 37th pick. Unless you wanted the Kings to only offer a 2 year deal to that player at the 37th pick, they had to hold back part of the MLE to sign that player to a 3 or 4 year deal. Which I don’t think they wanted to do.

I also believe, based on reporting from James Ham, that supposedly they were looking to sign a player at that 37th pick to a TWC anyway like they did with Ellis. So while the trade might not bring back a desirable pick, 2nd rd picks aren’t that big of a deal to acquire anyway. Plus if you can get that player undrafted, it’s the same salary commitment as a 2nd rd pick.

I get the frustration of a missed opportunity, but this is nothing like 2018 IMO.

There will be half-a-dozen new guys in camp vying for a spot, at least a couple of whom will be better that #37, and who didn’t lock down money in the way that a draftee would.

yes, we love our anger and agitation hormones. Keeps us awake at night and keeps us yelling at the TV and in the seats.

You may be correct and also very wrong . How can you be so certain ?

So many players picked at 37 get three and four year deals!

Just ruin franchises because of the salary cap problem a late second round pick causes.

Do you have a point with this comment? Because I’m failing to understand what it might be.

How many players drafted at 37 are getting three and four year deals?

”The issue was commitment to the 37th pick. Unless you wanted the Kings to only offer a 2 year deal to that player at the 37th pick, they had to hold back part of the MLE to sign that player to a 3 or 4 year deal. Which I don’t think they wanted to do.”

I am stating that what you claim is stupid. A player picked at 37 is lucky to get a one year deal guaranteed.

Does any real team have an expectation of a long term deal for a player picked at 37?

How many players drafted at 37 are getting three and four year deals?

Jaden Hardy and Kennedy Chandler got 3 and 4 year deals this year from Dallas and Memphis respectively. Both, of course, had to dip into their MLE in order to offer those deals. Which, again, has been my point: If the Kings didn’t want to dip into their MLE before FA even began, it would make signing any player at 37 more difficult.

I am stating that what you claim is stupid. A player picked at 37 is lucky to get a one year deal guaranteed.

Does any real team have an expectation of a long term deal for a player picked at 37?

I guess that begs the question: Are Jaden Hardy and Kennedy Chandler real players? Are the Dallas Mavericks and Memphis Grizzlies real organizations?

You can answer those questions, and your own bullshit, yourself.

Kings would have had another century of losing because of a 0.00000000125% chance that the player they chose at 37 would have a guaranteed three year deal.

Not picking at 37 did nothing good or bad for this team.

Last edited 1 month ago by AnybodyButBagley
0

You’re throwing toxic shade at the wrong dude, dude. Guru’s name is earned and its not his job to educate you.

I personally couldn’t give 2 shits what the FO does with 2nd rnd draft picks. Trade ’em, draft ’em, feed ’em to Slamson. At the end of the off-season our roster is improved considerably compared to last year. Don’t care about you not getting your random draft day “sleeper.” Move on.

I personally think it’s funny. But I totally see why it annoys other people to have to consistently read the same dumb nonsense repeatedly.

Last edited 1 month ago by Kingsguru21
2

I firmly believe that giving up the pick was a good idea. They didn’t want anybody in that spot so they got something for the pick. Smart move from a historically dumb FO that had nothing to do with the MLE.

Have no interest in his education.

Last edited 1 month ago by AnybodyButBagley
0

I have some undeserved confidence in both Justin James and Kyle Guy. It’s totally the kings koolaid but I can’t help but think if those guys just got a real opportunity to get 25 -30 minutes a night that they would surprise folks and turn into high end rotation players with long careers.

seems clear that that’s not in the cards for either of them. The basketball pros can’t all be wrong while my uneducated eye test while simultaneously drowning in purple juice opinion is right. I understand that much. Hahaha

both James and Guy I thought were both high IQ players and had an all around a game. That’s what had me convinced they were 2nd round steals. Best players in nba history to never get a real chance to prove themselves. Meanwhile Marvin Bagley gets a multi million dollar extension?!?! Get the fuck outa here! Lol

Last edited 1 month ago by ArcoThunder
1

Detroit and Weaver make all these great moves and then give MB3 all that loot. He will score some but give up more.
James and Guy were high IQ. But I think Cook and even Merril have more NBA promise. James was an all around guy. Merril is a 3 pt guy but that 3 pt skill overcomes the low level all around. And Cook is a better PG than Kyle Guy.

While these recent add-on signings are not earthshaking, it seems that people want to play for Mike Brown and trust him—despite knowing that they may not make the roster. I doubt that previous coaches could command this respect.

It was the best and only deal any of these guys could get . I am OK with the signings but this roster fodder and no purple cool-aid for me on these players . Any coach could get optionless players to sign . Luke could have had any of these G leaguers .

Final Piece to the championship puzzle!! I kid of course like to see this type of person to compete

Some guys are going to get cut- Kings do not need 4 PG’s.
There could be a move out there.
And I hear Boston may have interest in Len.
As an aside- how would anyone rank Delly, Cook, Merril (as PG) and Mat McClung who signed with the duds. ?

I think I like Merril over all the other current Kings that you listed above.

Don’t know hardly anything about the dude, his highlight real shows a lot to like. Part of my reasoning for picking him over the other two (Dely and Cook) have significantly less upside which is likely the main reason why I’d lean more Merril the cook at the delly. ﻿ 😉

Welcome Sam, to the Fellowship for the Ring!

Or if not the ring, then maybe the playoffs.

Or if not the playoffs, then maybe the play-in.

Or if not the play-in, then maybe…. 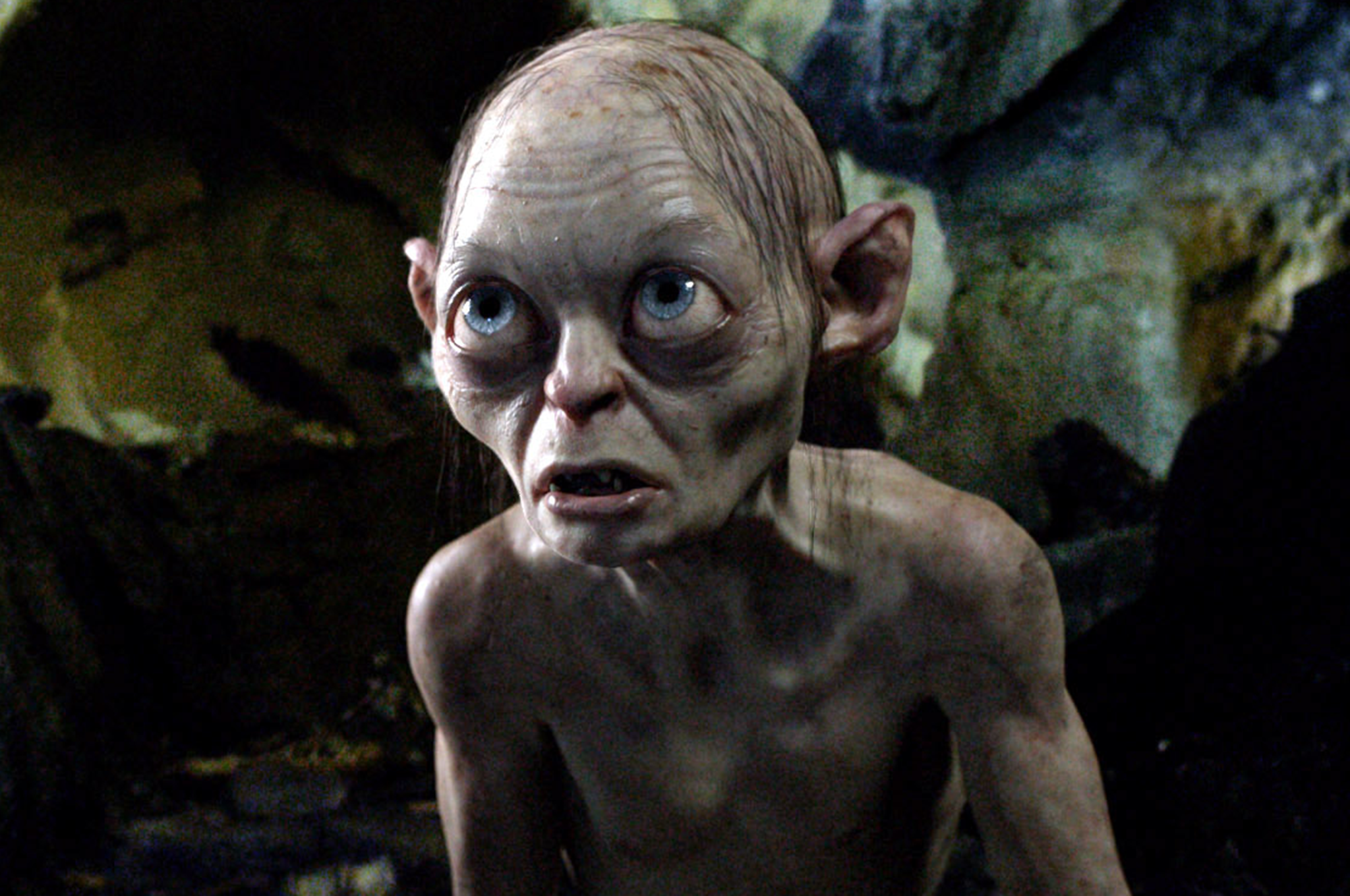 off topic but I read Dumars is taking a role with the League office. This seems like a good thing for the Kings. Sorry if it’s old news.

Did not know that

Farewell Mr Dumars, not sure how much meddling you did with Viwreck, but all the best anyways

There was an article here from May. Sorry. Crandell’ed

old news and a lot of verbal gyrations to make it sound like “this is what I always wanted”.
I think he was just another guy Vivek liked to have whisper in his ear.

OK signing but not as good in any phase as K Guy .

we will see. I hope Merrill is much better than K. Guy

He’s better at being tall and brushing his hair.