Omri Casspi is retiring from basketball, according to a report via Eurohoops.net.

Casspi was drafted by the Sacramento Kings in 2009 with the 23rd overall pick, and spent his first two years in the NBA with Sacramento. After stints with the Cleveland Cavaliers and Houston Rockets, Casspi returned to the Kings in 2014 and stuck around for two and a half seasons.

Casspi's time with the Kings was underwhelming, all things considered, but Casspi was a fan favorite especially in his first two years. There was a time when the fan base vehemently argued whether Casspi or DontÃ© Greene would be the small forward of the future.

Casspi has been out of the NBA for two years but continued his career overseas.

For me, it's strange to see Omri retiring since he was a new player when I first started covering the Kings. I still have his jersey in my closet (a cheap knock off version that a my cousin bought for me at a game). Perhaps that's why I care that Casspi is done.

This news won't be notable to the league at large, but to a long-suffering Kings fan it's a stark reminder of how long we've been looking for the next good player to help us get back to the playoffs. The sun has risen and set on many an NBA career over the course of this drought.

I'll say farewell to Omri by remembering one of the coolest moments of his career, an inexplicable shoot-out between Casspi and Steph Curry:

The 2009 draft: Tyreke and Omri. Since the Kings had the worst record that year, it was the first year I started getting into the draft process. Little did I know that learning and hoping about draft prospects would become a foundational part of my Kings fandom for over a decade.

Ha! Me too! That was the year I started paying attention to the draft more and college prospects! I can still remember all the picks I made from 2009 up to 2020 on who I wanted the Kings to choose with their pick.

2008 was the 1st year I paid serious attention to the draft.

That’s a bit surprising. He’s only 33. I hope it is not a career ending injury or something.

I always loved Casspi. That guy played with passion. He was a bit out of control at times, but you always knew he was going to give you 100%.

Thanks for it all, Omri!

Shalom, Omri. And a mazel on your retirement.

One of my favorite forever Kings. Congrats to a good guy and a productive player who gave it his all.

A great teammate too!

Enjoyed the effort and heart he played with nightly ! The skill did not match but he had a solid career and should be proud of it !

I’m so old I forgot how to post pictures on here. Also I spent way too much time searching STR for the jetpack Photoshop.

Last edited 6 months ago by congraved
0

I believe you should be able to post a picture by posting a link to the picture (or using the photo icon at the far right if it’s a saved picture).

As the creator of that photoshop, I’ve got you covered: 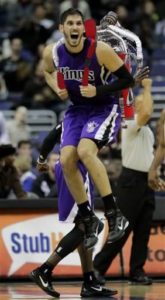 Thank you for the memory, Casspi

I got one white (Sacramento) and one purple (KIngs) jersey of Casspi……..

I hope Omri has good luck in retirement.

Congrats on a great career to Omri. Great teammate and fun, energetic player. Will never forget the legendary shootout with Steph

Also that game lives in my mind as the night I knew the DMC experiment had to end. Omri was having the best night of his career and DeMarcus decided he had to get himself ejected. Sad we couldn’t do better for some of the players that have played for this team