With details starting to leak regarding the NBA's official return proposal earlier this week, Thursday's Board of Governors meeting felt more like a formality than anything else, and fortunately for NBA fans, that's exactly what is was - basketball is back.

According to ESPN's Adrian Wojnarowski, "the NBA's Board of Governors has voted to approve the league's 22-team format to restart the 2019-2020 season in Orlando" with a 29-1 result.

The Athletic's Shams Charania would followup and reveal that the Portland Trail Blazers were the only organization to vote against the NBA's proposal. Unless the Blazers are making some sort of moral argument that the COVID-19 pandemic is too dangerous to resume professional sports at this time, it's hard to understand why a franchise would go against the rest of the league for a vote under these circumstances. I suppose we'll find out Portland's reasoning shortly.

The Sacramento Kings will be part of the NBA's return, and they'll have 8 games to finish the shortened regular season in the 9th-seed or better to have a legitimate shot at ending their league-leading 13-season playoff drought.

According to Charania, the 2019-20 NBA season is expected to resume on July 31st with short training camps opening June 30th before teams arrive in Orlando on July 7th.

AP NBA writer Tim Reynolds is also reporting that "there will be some sort of exhibitions at the Disney/ESPN complex - call them preseason games or glorified scrimmages, whatever - for NBA teams before the regular season resumes in late July" which would explain why teams are expected to arrive in Orlando on July 7th.

Details are still emerging by the minute, so we'll try to keep this post updated with any new information directly related to the Kings and the NBA's return, but the real news item here is simple - Kings basketball will be returning next month.

In all honesty, I’m not totally behind this and will wait and see how this plays out. Call me cautiously optimistic However, from a Kings perspective, I’m more interested to see how Marvin Bagley performs over these 8 or more games. I’m really hoping he gives a ray of hope for franchise’s future.

This could be a total disaster, and I am not just talking about Kings games. 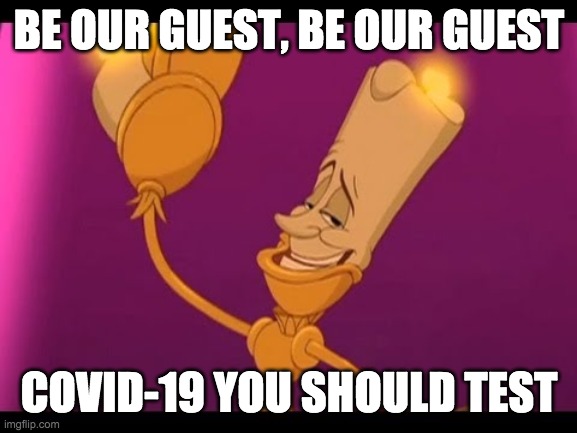 Kosta I just want to say you’ve been killing it in the comment section lately. Bravo.

Perhaps you will figure out which STR member Kosta is eventually. 😉

Indeed. I have to refresh as I read .. and things just pop in.

Oh my, that is the first time Steve Carrel has looked old.

To me, its just Summer League with veteran NBA players. I’ll still tune in and root for the team but its more about conditioning, development and having fun.

If 1951 is right this all just to make sure the league maxes its television pay out so im right there with you.

I would not be surprised if this is treated like “training camp lite” by a lot of teams.

It’s gonna be real weird to watch the these games with empty arenas and no crowd noise. I wonder if they are going to pump in some crowd noise and music for a sense of normalcy otherwise we are gonna hear all of the shit talking on the court. It wouldn’t surprise me if the league requests the players really watch their language but it’s basically gonna sound like every player is mic’d up.

If the NBA leans into the mic’d up element, it could be amazing. I just don’t see that being the case.

We’ll probably get some of the other 22 teams in attendance, and whatever noise that’ll bring.

Yeah I personally want to hear what goes on on the court, but not having the normal crowd noise in the background would be odd. But we’d get lots of insight the mic’d up way

The Suns and the Kings should be fine

I don’t know who the SunKings are, but they’re in trouble.

Fox has been doing that with their broadcasts for the Bundesliga games, putting in fake crowd noise. It was weird at first, but after a while it became kind cool. Once you forget about the empty stadium it’s just like watching a regular game.

I’ll be definitely tuning in so we can argue about the game after.

You had me at the picture. Put something other than fit=2560 and It’s a winner .. Look out Safety Cat 🙂

There is a new realm Disney Kings!

Hmm, one of the characters is only showing a left hand ..

I see you all .. Will Smith in the background ..

The Kings in the playoffs .. but hey man … Give’s me a Woody