According to Adrian Wojnarowski and Tim Bontemps of ESPN, the NBA and the players' union have reached an agreement on a modified collective bargaining agreement. The newly ratified CBA calls for the 2020-2021 regular season to officially begin on December 22nd, just in time for the immensely valuable Christmas Day slate. In addition to the late December opening, the league also agreed upon November 20th for the launch of free agency, just 48 hours after the close of the NBA Draft. Also on the docket was the final date for team and player options, which will likely fall two to three days before the draft on the 18th, allowing teams to know exactly who is on which roster, and what contracts are eligible for trades prior to the big night.

Marc Stein of the New York Times succinctly laid out the new timeline of events.

*Freeze on trades being lifted is still TBD but remains likely to happen in the Nov. 16 range

The league and the union were able to agree on some key financial terms for the coming year as well. Both the salary cap and the luxury tax will be artificially inflated to remain flat from the 2020 season, with the cap landing at approximately $109 million and the tax at about $132 million. In order to guarantee at least a small raise in the year after next, the cap will increase by at least 3% in 2022, with a maximum raise of 10%. The NBA also helped teams out a bit by compromising on potential luxury tax calculations for next season. If the Basketball Related Income falls lower than currently projected, any tax payments will reduce by the same percentage as the BRI. For example, if the BRI comes in 15% short of estimated profits, tax costs will also be lowered by 15%.

The amount of player escrow deductions, usually set at 10%, was also adjusted. If there comes a need to reduce player income by more than the standard level due to a drop in Basketball Related Income, that difference will be split over three total seasons, with player salaries never being garnished by more than 20%. That concession will allow owners to gradually make up any inequality in profit sharing in the coming seasons, while also guaranteeing that the players won't get hosed in a single season, an especially important concept for fringe contributors who may only get a year or two at a minimum level.

With only a handful of days until the NBA Draft, the league has a slew of things to accomplish in an incredibly short amount of time. Player and team options will likely be decided in less than a week, while the trade moratorium is expected to be lifted just before draft night, meaning teams may very well execute some deals before any selections are even made. Once the draft is complete, general managers will have just 48 hours before free agency begins, with just 10 days to fill rosters until training camp and about 4 weeks until the start of the season. Events and deadlines may feel a bit rushed and chaotic and crazy, but it will be a welcome relief and distraction for many to get NBA basketball back in our lives and back on our televisions. 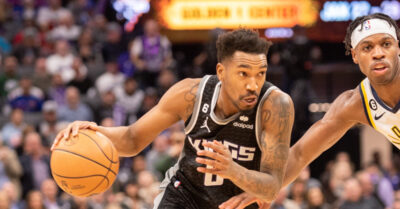 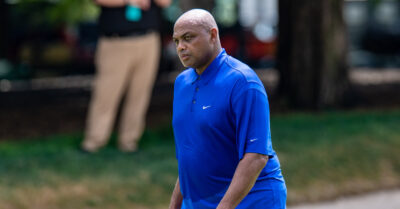 To prevent spam, our system flags comments that include too many hyperlinks. If you would like to share a comment with multiple links, make sure you email [email protected] for it to be approved.
Subscribe
Login
Please login to comment
11 Comments
Oldest
Newest Most Voted
Inline Feedbacks
View all comments

If ever there was a season to test the upper limits of the luxury tax, this is the one. The only variable is how the “Basketball Related Income” is derived, and how easily it can be adjusted post-facto. I have a suspicion that such changes will depend largely on whether or not they benefit the L*kers.

Too bad our beloved Kangz are in no position to test those limits in a positive manner.

I like the idea of a quicker time line. Players and teams need to make decisions faster, which means that teams need to be prepared on “day 1”. The slow and drawn out offseason gets a little boring for me.

Let’s go Monte, we need you

Gonna be a blitzkrieg start to the season!

Of this year’s group, who’s the most accurate shooter? Or will he end up in Dallas?

Eh, LBJ will probably be the one who benefits the most from all of this.

Speaking about the draft it is getting close and not a report on the Kings actually working out some prospects. Yes, I’ve heard some reports about the Kings as one of teams that are high on a certain prospect but not an actual report of them interviewing or working out a certain player.
Makes me wonder if we would actually make a pick at 12 or Mcnair already has a trade partner in which it involves a certain kings player + the 12 pick.

Maybe McNair knows the guys he likes in the draft and bringing them in for a formal workout might influence others teams as to what players the Kings are looking at? Or maybe just Kangz and they still have no clue what is happening.

P.S.
I think the former is what is actually happening.

I hope you’re right. Just feels odd looking at reports that a lot of teams have started interviewing certain prospects and not one report about the Kings.

Hopefully we start hearing something as we get closer to the draft.

Didn’t expect the league to concede so much on luxury tax payments. It sounds potentially confusing. I thought they may just not count this season toward repeater tax penalties or something like that.

Going to be a crazy few days leading up to Thanksgiving.