It’s Sunday, it’s early and it’s the Rockets. You have literally seen and heard it all before. The only surprise left for you with this team is how unsurprised you’ll feel at the unexpected.

Second Stage is Cut: Well, well, well… if it isn’t the Kings beating terrible teams and convincing the ever hopeful of untrue things and further feeding the eternal fire of the pessimists with their less than stellar play between the tip and final horn.

I’ve got no extra stats or breakdowns for you, besides the one I’m on my way to having if I have to acknowledge being pleased to finally seeing the Kings get nationwide airtime… from Saturday Night Live. The Kings played a pendulum game against the worst team in the West and came out on top, which is, always a relief. Marvin Bagley III had his best game in years and is now assuredly going to get Sacramento a return on investment. Alperen Sengun had 9 points, 4 rebounds and 2 assists in less than 14 minutes.

They’re running it back today. That’s literally all we need to know.

Go Outside: No, I’m not kidding. This game is at three o’clock and the sun isn’t setting upon your smiling face until 5:10 pm. Get some crisp air in those lungs, walk your dog the extra block they’ve been begging you for all winter, grab a trash bag and some gloves and just… pick up enough trash in your world where you can roll into work Monday and actively question “Am I really going to tell people how much trash I picked up yesterday?” This team sucks, this species sucks but the space that starts an atom’s width past your nose and ends an unknowable number away is beautiful. Go explore a little patch of it and make it better with your presence if you can.

The Cowboys run roughshod over the Niners today… unless your favorite team is the Cowboys and then I’d say the Niners are wafflestomping y’all down a storm drain. In the coming years, the most obvious piece of trash you could have picked up today but didn’t blows it’s way toward the Sacramento River, where it slowly chokes a fish to death. A fish that would have cured cancer had it lived. Shame on you. 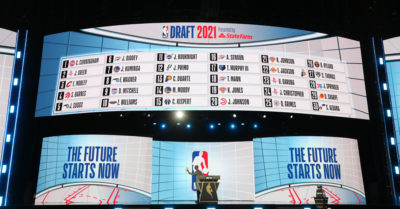 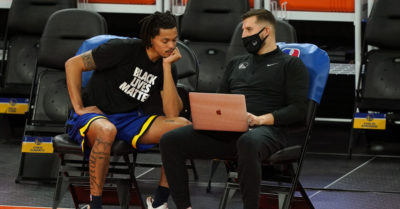 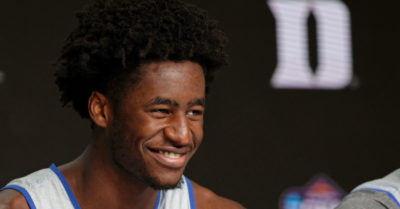 The Rockets have chosen to tank,
But have lots of draft stock in the bank.
They’re solving the riddle
While we sit and diddle.
Monte’s record so far sure looks blank!

Well Fuck. I kind of figured this was coming since he is one of the last to enter protocols. Who is left in the rotation that this hasn’t happened to? Buddy? Barnes?

According to a league source, Tyrese Halliburton has entered the NBA’s health and safety protocols. Haliburton is the 12th Sacramento King to enter protocols.

The SNL costume department probably just accounted for all of the Kings’ January merch sales with this. He should’ve been wearing 55 so he would be a white chocolate wanna be. Missed opportunity by SNL.

I dig the previews when Will lets Twitter edginess bleed through.

My neighborhood is trash free. The suburbs are conscientious.