The Kings took on a short-handed Nets team on Friday afternoon with their playoff hopes in the balance and got themselves man-handled by a team still running the schemes of a coach they fired back back in March. I should be more accurate: describing the Nets as short handed would be like describing the current status of the Titanic as "in need of repairs. The Nets were the class project thrown together the day it was due, with G-Leaguers and the bottom of the bench and Jarrett Allen and the Kings still found a way to be the ones embarrassing themselves in front of the class. Screw the Nets, the Kings couldn't even beat the rims, save for the occasional brick one of our boys in while had thrown in that general direction. If this is the heights the Sacramento Kings rise to when they encounter the lightest whisper of disrespect, their hopes for a season outside of the lottery might have died with Don Rickles.

Had the Portland Trailblazers taken care of business against the Kawhi-less Clippers on Saturday, the Kings would be mathematically eliminated from the post-season. We, the fans, could have hoped deep down that Luke Walton was now coaching for his job and desperate and would watch in disdain as he still just strolled the sidelines at his leisure, hands in his pockets, ready to serenade the world about the street Eliza Doolittle resides on. Technically we still get to see all that, but now we have to hear one of the official media tell us over and over again "well they still technically have a chance". They do not. The Kings have no horse left in the race, have no heart left in their collective efforts. Sunday evening they play the Rockets: James Harden, Russell Westbrook and enough piss-and-vinegar to nearly overpower the smells of the stinkers the Kings have repeatedly laid in Orlando. Look on the bright side, at least they're getting quality practice time in? They're showing promise for next year? They only have three games left to screw this up further?

At this point, you should avoid these Kings games and instead be rooting for the Spurs and Suns to get into the playoffs somehow, some way. Those games are exciting and energetic and hopeful and if either of them can pull it off, the Kings draft pick improves ever so slightly. The Kings can do nothing to help themselves. Wins are meaningless and losses don't improve draft stock. They won't be developing players at this point as the coaching staff might be trying to save face and point to a bright future by finishing strong. Buddy Hield and Bogdan Bogdanovic will remain as inconsistent as ever. Harrison Barnes only has enough energy in his body to either grow the beard or play high level basketball and honestly, the beard is the right choice.

Yeah, I know this is supposed to be a preview of this game, but again... The other games today are far more interesting and might actually have implications that help the Kings. Spurs play the Pelicans at noon today! Watch that one and spend your evening watching Perry Mason or something. Here, to save you some time, I will describe to you what the Rockets will do tomorrow: drive and try to draw fouls any wibbly-wobbly way they can, shoot threes with reckless abandon, whine and cry when a call doesn't go their way. The Kings will respond with the basketball version of a fart noise. Kayte or Doug or Jim will try to sell you on this being a good time to get reps in and get prepped for next season. They'll cast a light on Walton's complicated system needing another year to fully implement, "you gotta walk before you can run" or something like that will get uttered.

I can't believe I had four months off to get hyped for this team and it took two games to absolutely wreck it. Someone go get me a pitchfork.

The basketball gods are cruel and have no mercy.

To prevent spam, our system flags comments that include too many hyperlinks. If you would like to share a comment with multiple links, make sure you email [email protected] for it to be approved.
Subscribe
Login
Please login to comment
37 Comments
Oldest
Newest Most Voted
Inline Feedbacks
View all comments

Though technically still in the race,
Our next chance to fall on our face
Is today’s Rockets game
Likely more of the same.
Our effort has been a disgrace!

This was supposed to be the happiest place on Earth.

No no no! Both the slogan and pictures are Disneyland, NOT The Walt Disney World Resort, that’s where the magic lives. Honestly didn’t they teach you guys anything in indoctrination school?!

I want to see Jeffries starting & get a full clip of minutes. Kyle Guy comes in at back up PG & Justin James at back up SF.

Honestly, what difference does it make? We’ve been evaluating NotSuperstars for over a decade.

Because we need to shed weight & bring in new players. We have to see if these guys have bench potential. If they do, they’ll be cheap, & we can try to spend money on actual stars.

I know you probably WANT to believe these things can happen.

I see it as evaluation of what you already have instead of looking elsewhere. If Jeffries or James can’t make a future rotation, maybe Vlade won’t go out in free agency and blow money of veterans.

I see it as if Jeffries can make the cut, it hopefully stops Vlade from spending $20 on likes of Jeff Green or Marvin Williams in the offseason.

Also, I like to have younger cheaper players under contract for a new GM to come in and clean house.

Adding…it kind of follows the Hinkie model. Load the roster with cheap young talent until you strike gold. It still amazes me who Hinkie found in the second round or was undrafted like Richaun Holmes, Jerami Grant, and Robert Covington

…and who is doing the evaluating?

As opposed to the Vlade model:

Last edited 2 years ago by Carl
4

All that and still no profit.

Although I would truly feel bad for the players, I want the Kings to be blown off the court for the next 3 games. I want them to get embarrassed so bad they are hanging their heads and become a point of discussion by ESPN talking heads. I want Vivek to feel the pain and pressure to make major changes. Hell, I’d encourage the league to intervene if need be.

I don’t think I’ve ever wanted the Kings to loose this badly.

In all honesty I have wanted losses in the past especially when it came to draft positioning after the team was already lottery bound, but I’ve never wanted them to be embarrassed. I say bring the pain to force a change.

Watching what Luka is doing every single night should be all the embarrassment this franchise needs to make changes.

Nah. They are very good at finding excuses and deluding themselves.


“We were on a streak before they stopped the season. Without Corona, we would be in the play-offs.”

“Wait until Bagley is healthy again and plays a full season.”

“Luka may be good, but now he REALLY hit his ceiling. And his dad is still a jerk.”

I don’t feel bad for the players. They’ve been out hustled in almost every game. They could at least try and stay in front of their man. They could talk to each other on defense. The coaching is god awful but that doesn’t excuse the lack of effort, or doing the basic things that you learn in your fist year playing basketball.

Luke has either lost the locker room or everyone is adopting the “just happy to be here” bullshit. It seems that the players may be as apathetic as we are. If only there was something they could do about it…

This play in tourney has been a debacle for the Kings Org, has to be humiliating to the players, and Walton has shown hopefully a final time that he lacks the skills to make a game plan (honestly, the team’s lack of preperation is Natt-onian in scale).

At least we have the excellent writers and community of commenters here at Kings Herald to put a bit of salve on this festering wound of a franchise.

I am at the point where I’m super excited when the Lukas are on TV, while openly rooting for the Kings to lose by 40 and be embarrassed. I planned my entire day yesterday around the Lukas.

I had to turn off the Mavs game yesterday when Luka started going off in the 4th quarter, because I was just consumed with disappointment. Alas, maybe someday I’ll be able to find joy in watching his amazing game but it’s still “too soon.”

It makes you wonder if the Blazers ever got over passing on Jordan. Is that still an open wound for them?

These game previews just keep getting better and better

I appreciate the vote of approval, ScottyPop!
If I’m going to document my slow decent into madness, it might as well be enjoyable for someone. 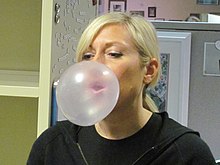 So if I get you a pitchfork, Will, does that mean you’ll use it as intended?

Also who cares if the Kings are playing? I’m sorry you had to even think about it honestly.

As Kangz fans, we’re all forked.

Wouldn’t it be the most Kangzy thing to actually have them show effort on defense and win this game?

Why the reference to On the Street Where You Live? juile Andrews >Audrey Hepburn