So.... they're just... having this game huh? No real announcement of the NBA looking into Tyler Herro's roomie? No "League officials decided the exposure didn't warrant further precautions"? Well, alright then. The Kings are in New Orleans to finish off their road trip and are looking to take a game from the Pelicans and even out their season records. Will fatigue be a factor? Yes. Will today be the day De'Aaron finally finishes what DeMarcus Cousins started and crush a ref into powder using only the power of words and anger from the lack of foul calls? Maybe. Did I wait to write this preview until late because I was sure that the NBA was going to just cancel this bad boy as soon as I finished? But of course! Let's talk Kings Basketball!

Ball or Nothing: I swear I'm writing this preview and then checking every sentence or so to see if the NBA has decided to waste my damn quarantine time by whispering somewhere that the game was postponed. IF this thing goes off full tilt, the Kings are going to have a handful today and won't stand a chance if they're thinking more about coming home and less about Zion Williamson's meaty knees coming at their sternum. Yeah, if there's anything that needs to get remembered from the Pelicans' win back on January 17th it's that Zion got anywhere he wanted, whenever he wanted and not a single Sacramento Kings player could do anything about it. The man had 31 points on 13-15 shooting. Yes, you remember now. Zion dropped a thirty piece on the Kings while making 86.7% of his shots. While I wouldn't expect the Kings to allow a repeat performance of that caliber, I'm also equally expecting to follow any staunch defense being played on him with even more passion and fury. In his second year, he's already in a place where I wouldn't be surprised by any damage he inflicts on the Kings, or any team for that matter.

Another wrinkle in this game is that Lonzo Ball has decided to put the ducks away and show up tonight. Sidelined in the last game, Ball might be relegated to a lesser role, but he's still starting, still working hard on the defensive end and still very much a cog in this Pelican's offense. He will make life a bit more difficult for the Kings defense, whether that be with his team leading 4.8 assists per game, or his 12.5 points per game. Rumors around the Pelicans looking to move Ball are heavy at this time of year, but unless the Kings are swapping him into one of their jerseys tonight, he's always going to be someone who makes life that much more difficult for defenses as bad as the Kings currently roll out. On the other hand, without him on Fox, De'Aaron handed the Pelicans 43 points and 13 assists. Going to love this match-up.

Lastly, I'm curious to see how the Kings and particularly guys like Holmes, Bagley and Whiteside do against the concrete Kiwi himself, Steven Adams. Adams recorded 12 points and 15 rebounds against the Kings the last time around and was entirely immovable when he wanted to be. I like an old school battle of the bigs and Holmes or Whiteside could really team up to give Adams 34 minutes of frustration.

I swear if the NBA cancels this game after we've published this thing you're going to hear the shrill, metal-on-dry-ice screeching all over Sacramento County of my atoms tearing themselves a part in annoyance. I foresee a chippy, foul ladened game. Bagley goes for 20+ points and Haliburton drops another double digit assist game.

To prevent spam, our system flags comments that include too many hyperlinks. If you would like to share a comment with multiple links, make sure you email [email protected] for it to be approved.
Subscribe
Login
Please login to comment
42 Comments
Oldest
Newest Most Voted
Inline Feedbacks
View all comments

I am just hoping to see Marvin play a couple of minutes in the fourth quarter. Call me crazy, but in my humble opinion it might be good for his development.

In New Orleans to end this road trip.
Which vets are we looking to flip?
Are trades on the table?
Is that just a fable?
Just when will McNair let er rip!

I’m craving a Halliburton break out game. I want to see 20 plus points ð¤

what’s up with people coming up with trades for Lonzo Ball? I can’t really see a scenario in which he would stay after this season. I understand he’s an RFA, but if you’re retaining him it’s to make him a 6th man. I don’t really see a path for him to start here, and I don’t really think they’re gonna shell out starter money to fill the 6th man role.

I don’t know if anyone is going to back a dump truck full of money at Ball’s feet as an RFA, but there is always a team willing to overpay. If he could be secured as a sixth man, or as a wing in a small lineup, for something reasonable (under $10 mil? Less? More?), then I’d consider taking a run at him. He’d be a good fit next to Fox and/or Ty Ballgame, given that both are better scorers than he is.

I expect Ball to get somewhere around $15MM per. Maybe a bit higher.

I have such a hard time determining what’s “reasonable” for players anymore, there’s just so much money. I don’t think anyone flinches when it’s suggested that the seventh or eighth guy in the rotation ought to be making eight figures per year.

Yeah, I’m not a big fan of him as a target either. I think Haliburton is kinda the younger, cheaper, better in some ways, version of him.

That said, I wonder if there’s a 3-way to be had that looks something like:

The Pelicans get the shooting they badly need. The Bulls get a true facilitator that can play some defense to match with their shoot-first guards and a Barnes to bring some consistency to their wing. The Kings clear the cap sheet and pick up a couple picks.

The Kings finally get OPJ, so I’m in. The Kings could flip Redick to a contender as well. Redick for Dinwiddie and Claxton works.

I think Redick definitely have value to a contender, much in the way I thought Nemanja would have.

Does BKN need Redick though? I mean, they have 3 of the best high-volume efficient shooters in the NBA AND Harris. Seems like they would focus their efforts on Bigs. Though I could see them liking Bjelica on the cheap.

I think the Nets could really use Whiteside.

Or Holmes, since he gives a bit different look than Jordan.

Agreed, but I think they have the assets to get Whiteside, but not so much for Holmes.

How many assets to you think it would take to get an expiring Holmes without team control?

I don’t think the Nets would be acquiring Holmes or Whiteside for long term control because they don’t want long term deals. Their value is in their production, position and the fact they are expiring. Boston will be in a similar state of mind when using that TPE.

Both are in win now modes and aren’t looking to expand their impressive cores. They just want ring chasers on the cheap. I expect their rosters to be consisting of vet minimums for the next few years.

Sure. But Holmes contract plays into his value. I was just curious what you thought his value was since you said the Nets didn’t have the assets to get him.

I guess I mean the contracts. They are going to have to match salaries and that is hard with their current roster. How do they get to Holmes’ $5M without hurting their bench?

Whiteside could just be swapped for Claxton straight up.

I don’t know. Johnson, TLC, & Claxton? Then they finish up the deal for Shumpert on the vet minimum?

Would that still give them the minimum numbers of rostered players?

TLC is also giving them 20 minutes a night.

I think so. That’s only a -1 net player move. And I think they have 15 now. If not they can just track down another vet to sign on the vet minimum.

But then the question is, who do the Kings cut?

Edit: You mean Johnson from the Nets? I don’t think you can cut a guy coming in trade unless you have a roster spot for him. So the Kings would need 2 empty spots to absorb those players from the Nets.

The Tyler Johnson they just sent over gets waived.

Eh, there are always ways to manipulate these things. Or make another move first for that spot. Or put someone like GRIII, Guy, or Metu on the chopping block. Or either trade or waive Bjelica first.

So OPJ to keep him? He is going to be a UFA so keeping him would cost the Kings. Wouldn’t it just be a Barnes type deal version 2.0?

Or not. He’s mostly there as an expiring that can eat minutes for the rest of the season. If they could keep him for good value that would just be a bonus.

So basically in the hypothetical trade it’s just a salary dump in hopes of retaining Porter Jr. on the cheap come summer?

And whatever picks you can bring back. Looking at it, I’m thinking a decently protected/protracted 1st from the Bulls looks about right. But yeah, dumping $40+MM per year in salary and $100MM total over the next 3 years is a major benefit.

I’m cool with it. It satisfies my desire for a reset of the expensive vets. Any picks would be good and retaining Porter Jr. on the cheap would be the icing on the cake. He’d be a very solid defensive wing going forward.

I can’t believe he’s only 27. I would never want to be in a position where I’m depending on his health, but he’s a good player when on the court and I’ll be really interested to see what his next contract looks like. I wonder if he would be interested in a slight overpay on a 1-year “pillow” contract. Or a 1 + 1. Either that or a team-friendly longer (3 year?) deal would be good for me. Both give the Kings relatively low-risk investments with good chance to flip if need be.

Man, if you could get him for something like a 3 year $40M dollar deal, that would be fantastic.

Yeah, I honestly have no idea what his market is going to look like. I guess it will depend on how healthy he is the rest of this season.

Fully expecting this game to fly by, with no overtime periods. Keep it brief. 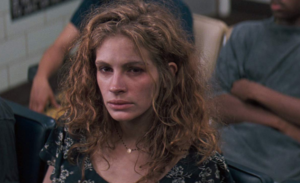 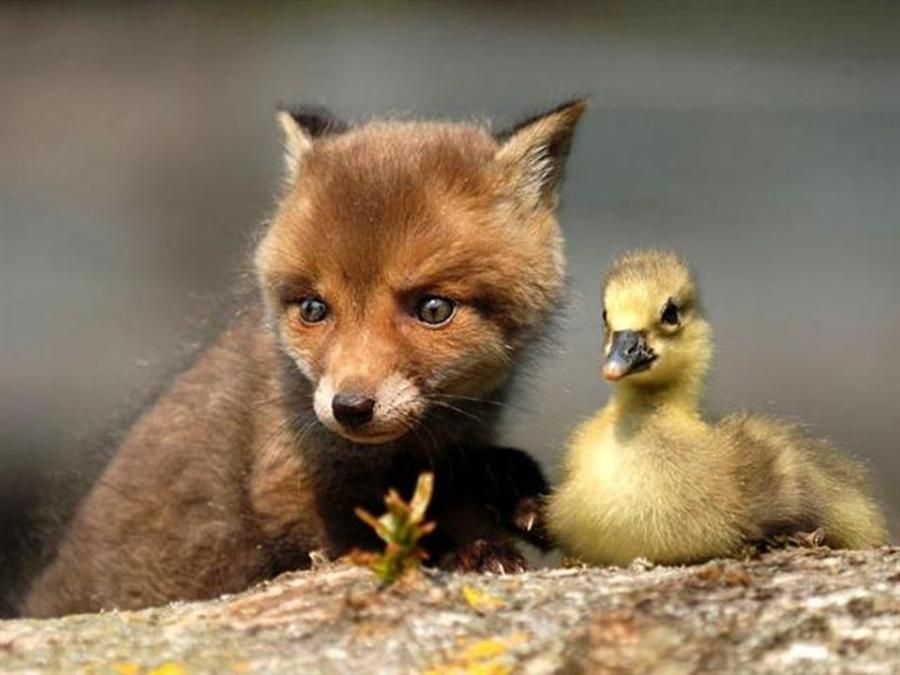 I’m not sure if I should stamp this game. I’m still hurt from the MIA loss. The decision to stamp or no stamp will be made at halftime.

And suddenly it dawned on the Kings fan what was missing. Aside from not winning or making the playoffs ever, he felt like there was some unfinished story out there, and it troubled him. Always feeling like he had forgotten something. He considered asking his doctor about early onset dementia, until … wait a second … it’s Fox vs. Ball! Holy mackerel!