It's the last game of the Kings seven game homestand Sunday night and Sacramento has their sights trained on their most winnable game they've had in 2021. The thirteenth best team in the West is in town, on a five game losing streak, and all the Kings have to do is take down this little tiny tandem of nobodies to get back to their winning ways. What? Brandon Ingram is an All-Star? Zion Williamson is Zach Randolph on super soldier serum? They're coached by Stan Van Gundy?!

Keepin' A Zion You: We're approaching that point in many of our  seasons together, that if the Kings keeping Kangzing, these already shoddy previews (solely held together by peer pressure and my ego) are going to stop being what my therapist calls "attached to reality". This looming threat of detachment from subject and space and time has hit before: at one point I was suggesting movies to watch instead of the game. We're nearly to that point already, 14 games into the season. I'm already writing and rewriting this stuff to keep it fresher than me screaming the same things at you over and over: the head coach NEEDS to go, the Kings NEED to acquire more talent, I NEED the number to a good lobotomist. I can spit facts and figures from the Kings opponents all the live long day but at some point, I'm going to go on two week tear where I write everything from the perspective of the Swedish Chef from the Muppets or send this off for Greg to edit and it's all in French and in the Wingdings font. These previews are showing up at noon or later for you instead of the usual 9 am or so because Greg is constantly removing the paragraphs that say "All work and no play makes Will a dull boy." This Sacramento Kings franchise is the basketball equivalent to the Overlook Hotel, and the proverbial ax on the wall is looking mighty swingy.

Like I said before, this is nothing new. The last few years now we as a fanbase have struggled with fandom wide apathy, and it sets in earlier and earlier each season for me. This season's strong start gave some a glimmer of hope before the obvious, predictable collapse and even the saddest sacks in Sac, like yours truly, have basked smiling in the rays of joy that seem to emanate from our screens watching Kings rookie Tyrese Haliburton play, but this sorry excuse of a team proves year in and year out that the people up top still don't get it. No, not McNair, he's still green and for all I know has done a damn good job. The moneybags - the guys who sold the Kings as your team. They don't get it. Insisting their LaBrea Tar Pits soul suck of a head coach sticks around for monetary reasons, not being bold enough to commit to a full and total reset right from the word "Go". But Will! You're the tank guy! You're the one okay with losing, aren't you? Hell yeah I am. But there's a difference between calculated strategy and whatever this current mess the Kings have is. It's akin to me being okay with a pitcher intentionally walking a batter for a more favorable match-up and not being okay with a chimp let loose in my house and throwing his turds at my head. This franchise right now is the latter and the stench of zoo poo trickles from all the way on high.

Can I blame Luke Walton? Hell yeah I can. He's getting paid millions of dollars to manage a group of men the best he can and to tune out whatever fast typing dingus calls for his head. The man has an new pair of offensive and defensive coordinators to make his life easier, he's got a good group of vets and youth that are hungry to win and a fanbase that would just settle for them playing hard every goddamn night. The man can't even manage to inspire that. Would having a disgruntled starting shoot guard make that harder? Sure. Would having a former phenom turned injured albatross learning to fly again be a detriment? Absolutely. But there is NOTHING about this team, save for the kid who has been LEAST impacted by his coaching, that shows the team has any heart at all. Richaun Holmes, Harrison Barnes: sit this one out. You're doing great and I appreciate you having worked in an environment like this as long as you have. This team is shit, compounded by cheap and shortsighted ownership, with a promising young rookie and an entertainment starved audience keeping them from being literally the last thing on anyone's mind.

Again, this is from the guy hoping for the highest lottery pick possible. If the Kings are going to play a bunch of vets and still lose by 40, I say toss the man responsible for that game plan, prioritize the young guys and any vet willing to give it all on both ends of the court and ship the rest out to rebuild their careers elsewhere. If that's your star player, so be it. If that's your whining star shoot guard getting tossed out for peanuts, so be it. Kings fans can handle it. They've slaughtered every other promising prized cow the fans built up in their hearts, what's a couple of more from the herd. Fans scream about gunning for a playoff spot to instill a "Winning Mentality", hell I've argued with a number of them over some this. But whatever this franchise is selling, whatever their coaching staff is preaching - the players aren't buying. You could have any true superstar on this team and I truly feel it wouldn't matter right now. I'd have specifically mentioned Lebron, but the man who is the current KING of winning mentality took one season under Luke and bounced his ass to the curb in favor of someone who could lead. So, he's already weighed in on this.

Bottom line: This franchise still reeks of death, not of careers, but of enthusiasm. That isn't going to change until wholesale changes are made. That's on the penny pinching, cowardly current ownership and their inability to think further ahead than the next round of cash calls.

This team is going be the death of me and everything else good in this world. Tyrese Haliburton will score 20+ today. 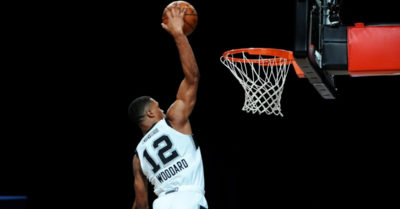 Our defense—historically bad.
Our offense—oft times is just sad.
If the future’s McNair’s,
Time to show that he cares.
At least try to find talent to add!

I fully expect Ingram and Williamson to go for a combined 85 points, and knowing our luck Adams will hit a few threes too.

I have to admit, knowing that the Kings have to score 130 points to have a 50/50 chance of winning is a bit depressing. Making me watch Whiteside and Joseph while doing that is just cruel.

Will is bringing the heat with this precaution!

We’ve had Karl as a coach, we’ve had Malone as a coach.

Nothing short of having Karl Malone in charge will deliver this group to defensive prowess.

Imagine this coming out of the sewer ..

Me, inexplicably subjecting myself to yet another Kings game:

Tyrese Haliburton, finally seeing his future with the franchise he strangely wanted to be drafted to:

“This franchise reeks of a death of…enthusiasm”. Hmmm….

I don’t see it as the primary or a systemic issue, guys get hyped when there is a reason to get hype, but it does allude to what I was saying in pre-season. We have a non-fun allowed coach who has bias for two no-fun players in Bjelica and Joseph before finally seeing the light with regard to the former.

If there was ever a time to infuse fun and energy into our lineup, after a 40 point loss and Jospeph goose egg stat line, it is tonight by activating Kyle Guy and giving him the backup PG for 5-10 games and seeing what he can do. Give him this opportunity and he will never look back. And the “enthusiasm problem” IMHO will be solved.

Wholesale changes are not needed. Not yet anyway. Pragmatic changes are. You could fire the coach, that is justified before you start pawning off half the roster. Buddy has no value, Bagley has little value, Barnes has more value to us than most teams, so what deal are we to make?

If you are not ready to fire the coach, then you see if he is willing to address the problems we are having in the second unit and defensively. We are allowing league worst eFG% at 58.4% and the worse DRtg at 120.0. One logical option would be move your top defender (Whiteside) to the starting lineup, remove your worst defender (Bagley) and add a good team defender in Haliburton. See if this coach is willing to try to set the tone defensively and see if this can carry over.

There is no doubt the ball has to be taken out of Buddy’s hands, he has to be used as a spot shooter and / or use high pick and roll with Whiteside. He’s so big, defenders are eclipsed by him, this pays dividends for Buddy, Fox and Hali that I do not think we have exploited as much as we should. This is lineup I wanted us to run before the season began. It would help our defense, the defensive tone to start 1st and 3rd, it would help Buddy, whose play in my opinion is the biggest problem on the team.

Whiteside should start and play 5-6 minutes. And Holmes first off the bench. Whiteside is best in short bursts and this is how the coach likes to use him.

Our second unit then should be about high energy with Guy, Bagley and Holmes and anyone who wants to join them. Certainly that is NOT Bjelica or Joseph. We could try Woodward with this unit, or Jefferies if his injury is healed. One of Fox or Hali should be on the floor with Guy to help the offense run smoothly.

I know fans are harping on our terrible defense. The aforementioned changes can address these issues, but the real issue is how Buddy is primariy culpable for wasting possessions which leaves us vulnerable and deflated in transition and bails out the defense so they do not have to expend energy to stop us. If Buddy turns around his game, if we limit his poor choices with better structure around him, it will indirectly help our team defense.

These are pragmatic steps that can be taken before wholesale change. The coach can be fired now, he can try the aforementioned lineup changes, and if he is unwilling to shakeup his rotations in a logically defensible way, then we can bring in a coach who will. The other problem on this team, not first and foremost, but we need another reliable wing with more pop and impact. Glen Robinson could be that guy, maybe but probably not. Then there is Jefferies or Woodward on the bench.

My hope was one of Jeffereies or Woodward would emerge but so far it has been neither.

If I can’t finish a comment in the amount of time it takes me to take a shit then it’s too long…appropriate screen name though…4ever…routinely.

Last edited 1 month ago by WizsSox
1
0

It will be hard for Woodward to emerge because there is no one on the team named Woodward. 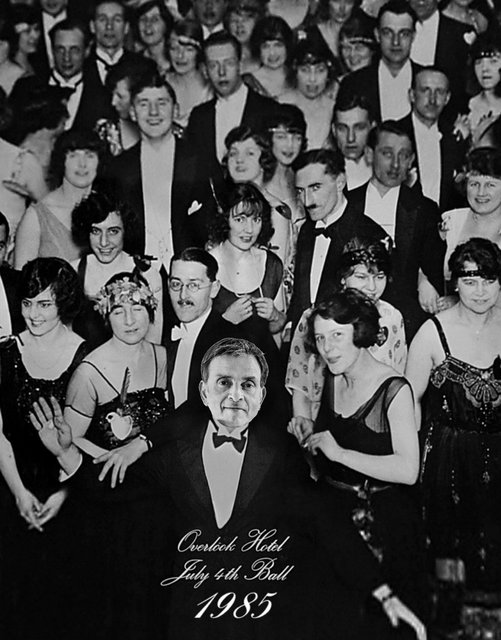 I appreciate that rant.

If this team was half as good as Will’s previews, he wouldn’t have a need to write these.

Goddamn, that Lebron line was fire. That preview was therapeutic to read. Nice job.

Goddamn Will. This is as bitter as I can remember anything you’ve written. Brilliant, but super…..bitter. I don’t blame you. Been there, know the feeling.