The Sacramento Kings are expected to sign Norvel Pelle to a 10-Day contract, according to James Ham.

According to league source Kings plan to sign Norvel Pelle currently with the Canton Charge in the Orlando GL bubble to a 10-day contract. Hassan Whiteside out due to health and safety protocols.

As Ham notes, Hassan Whiteside is currently listed as out for Thursday's game against the New York Knicks as he is in the Health and Safety Protocol.

With no Whiteside, and with Chimezie Metu out with a wrist injury, the Kings suddenly found themselves lacking big man depth behind Richaun Holmes and Marvin Bagley. The remaining bigs in the Kings stable are Nemanja Bjelica and Jabari Parker, but neither are ideal options to play center.

While it's unlikely that Pelle plays significant minutes, he gives the Kings another option in the event of injuries or foul troubles.

Pelle is known as a shot blocker, and has been playing with the G-League's Canton Charge in the Orlando bubble. Earlier this season Pelle appeared in three games for the Brooklyn Nets. In those three games, Pelle averaged 2.0 points, 2.3 rebounds and 1 block in 9.3 minutes per game.

I feel like the dream of seeing a Bagley/Parker frontcourt is slipping away.

I hope they can open up a few more roster spots to try and snag some diamonds in the rough from the G League.

By open up more spots you mean trade Barnes and Buddy for 1sts to draft Jalen Green then acquire another top 10 pick for Kuminga amirite?

In all seriousness they should audition a new big man every 2 weeks. Cheap rim runners are growing on trees these days man.

This guy seems to be available .. ducks ! 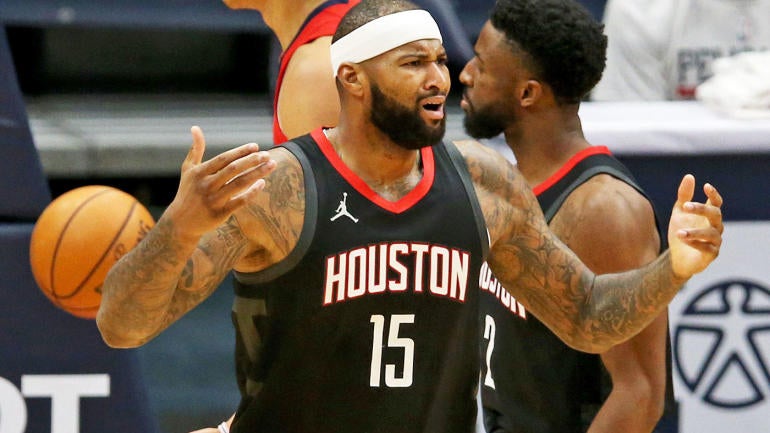 I would have liked the Kings taking a chance on Justin Patton, but the Rockets quickly scooped him up.

Watch him go all Christian Wood.

Honestly, I have a hard time quickly finding out who in the G-League is spoken for and who isn’t. Without having to individually research each one, of course. And even then it isn’t always clear. Like Simi. He’s putting up some really big numbers and always had intriguing elements, but is he still controlled by the Bulls? They’ve signed and waived him a couple times.

This article from Ridiculous Upside is pretty handy.

It is, but which guys are actually available to pick up? Obviously the guys listed as 2-ways and flex assignments aren’t. But are those the only ones? I feel like there are other players that NBA teams have rights on.

Here’s how I understand it:

Affiliate: Exhibit 10 contract players. A specific team designates them to their G League squad, but the NBA team had to waive them first. so any NBA team can sign them outright.

Waivers/Returning/Tryout/Draft: These are all designations about how the G League team acquired the player, but the player has no contractual ties to the NBA team that owns the G League team. So same thing, any NBA team can sign them if they choose to do so.

Flex/Assignee/two-way: Rights are controlled by an NBA Team

Oh I like this plan! High diamond in the rough potential!

Love this defensive pickup by Monte. Pelle’s a legit shotblocker.

This is why we can’t have nice things!

suggesting the same asinine trade idea in every thread does not make it more likely to happen.

I don’t know, Greg. I’ll bet if he does it a hundred more times, McNair will buy in, fly to Boston, hold a fucking gun to Danny Ainge’s head, threaten to murder Ainge’s family, and then we’ll get three of Boston’s four best players.

Your problem, sir, is that you have no imagination.

Whoa! That was a little intense..

How else could this trade happen ?

Well tbf, they (at least the fans) haaaaaaate the Kemba contract and think it’s the worst in the NBA.

In case anyone else was wondering, Pelle goes 6’10”, 230 pounds, and just turned twenty-eight.

I don’t really have a problem with the move, but if you’re going to pick up this type of player, you might as well take a gamble on somebody young. At 28 he basically is who he is.

Yo contributors, since the Kings are likely going to be going through some 10 day deals in the coming weeks, could you also possibly break down the future for the Kings 2-way players. From what I understand with the new Covid rules, Guy and Metu are limited to 50 games on their deals. After that they need to be signed full time, released or sent to the G-League (which will not be operating). Other teams sent their 2-Way players to the bubble with will allow them more time with their parent rosters once the bubble wraps up. The Kings did the opposite by sending their rookies there.

The Kings are at 32 games which leaves just 18 for those Metu and Guy. What’s going to happen to them once they hit 50 games?