2019-20 per-game stats: Burke played 25 games with the Philadelphia 76ers before being waived; Dallas signed him to a one-year, $229,220 dollar contract for the rest of the season after Jalen Brunson suffered a season-ending injury.

Burke's been a steady presence for every team he has played on. His three-point shooting improved annually, he doesn't turn the ball over and can play off-ball. All of those check the boxes for the Kings, minus the defensive ability (he's not great, but not a total liability). Burke's shooting numbers with Dallas aren't sustainable for an entire season, but even a percentage of 35 could truly benefit the Kings. Let's dive into the film:

Burke's long ball was absolutely deadly with Dallas, though it could be a level of success he doesn't attain again because of his career averages (34.5%). Nonetheless, he took advantage of the looks provided to him in a historically great offense.

Play breakdown: Dorian Finney-Smith penetrates the Los Angeles Clippers defense with a slip off the pick-and-roll. Despite good rotations from the Clippers' defenders, Burke gets a great look right down the middle and drills it.

Play breakdown: Dallas runs a screen the screener action for Burke here. Burke sets a screen for his teammate, while another teammate is prepping a screen for him. Burke's screen sends the defender tumbling, giving Burke enough time to curl around Maxi Kleber's screen and knock down the three.

Burke's been a solid mid-range scorer for much of his career, and that was no exception this season. In the regular season with Dallas, Burke shot 48% (11/23) on all mid-range shots, good for the 86th percentile, per Cleaning the Glass. The playoffs saw Burke jump to 50% (11/22), but his percentile fell to 67 because of other point guards scoring from mid-range.

Play breakdown: Reggie Jackson plays his hips away from the screen, but Burke positions himself to where Jackson can only be a trailer. Burke surveyed the floor as Jackson fought the trail but smartly side-stepped for a basket.

Let's look at another one: Paul George goes over the Kristaps Porzingis screen so Burke has to get extra shifty here; he's not driving by PG13. Burke creates separation with a filthy between-the-leg step-back that created essential space; unfortunately, the basket didn't drop.

But the takeaway from these possessions: Burke can generate space for himself even when options are limited. The Kings could use a ball-handler like that.

One of my primary concerns with Burke is that he's a system assister - his assists come by design. Burke won't create for others often; he's more of a scorer. Playing with a team like Dallas that comprises ball handlers like Luka Doncic, JJ Barea, Seth Curry and others could play a factor, but Burke's assist percentages have trended lower than most point guards.

Play breakdown: Dallas runs a dribble hand-off with a screen in an attempt to create a miscommunication error for L.A. The play is mixed with a screen the screener action for Tim Hardaway Jr. Once Burke receives the DHO, he steps on the brakes and turns back for a pass to Hardaway who makes the triple.

Burke's assist-to-usage ratio is also noticeably deficient. In the regular season with Dallas, his AST: USG ratio was 0.99, placing him in the 27th percentile, according to CTG. In the playoffs, that ratio dropped to 0.57, thus slotting Burke in the 0th percentile. These are definitely small sample sizes, but it's a notable factor for a potential backup guard that needs to make plays for more than himself.

Play breakdown: This is a two-man pick-and-pop game between Burke and Kleber, but Kleber needs to do additional work to score here. Once the defensive switch occurs, Burke's spot on the corner keeps Rudy Gobert away from the paint. Kleber manages to finish, but he didn't have to worry about Gobert prowling his shot.

If you want more scoring from your backup, whether that be on or off the ball, Burke is your guy. For Sacramento, Burke could play as a one or two in various lineups depending on the surrounding guards. Specific defensive plays were difficult to come by, but Burke falls into a similar category as Shabazz Napier: he won't cost you multiple games on the defensive end, but he's not an impact defender either (-1.6 career defensive box plus/minus).

For Burke to make an impact with Sacramento, he must create more for his teammates because Doncic wouldn't be there to carry that load. His potential fit with De'Aaron Fox, Bogdan Bogdanovic and Buddy Hield (if the latter two are still on the roster), is intriguing, at least offensively.

Burke as the third guard would be the best scenario for the Kings, but they'll likely face tough competition for his signature following solid performances in the bubble.

Why hasn’t this guy been able to stick with a team? He seems like a solid backup PG on the cheap.

Last edited 2 years ago by Adamsite
1

I’ve wonder the same thing over the last couple of years. I would take him over most backup PGs in the league.

I appreciate the deeper dives into the advanced analytics. At first glance his numbers don’t look all that good but you’ve managed to highlight some key strengths this team could definitely benefit from.
I wanted him out of the draft (I’m a MI guy) but after seeing him struggle his first 3 yrs. in the league to develop into a quality NBA player, I think what you see is what you get from him at this point and what you get is a guy who can handle the ball well and get his shot off. If you want more than that, look elsewhere. But I think he could provide a spark off the bench and can def fill a role at this point in his career.

Yet another guy from that school up north who underperforms in the NBA.

If we’re going to go with a small guy at third-string point guard, we might as well hang on to Yogi for a fraction of the price.

The guy got waived on a $2M deal and finished the season at the pro-rated minimum, so I don’t think there’ll be a lot of price difference with him and Yogi. That said, I don’t know that there’s a big gap in impact either.

Two reasons to pass on Burke:

I guess the reasoning is to sign scrub FAs to assist in the tank.

Maybe do trade targets? I appreciate all the work you put into these, but it’s hard to drum up interest in potential backup point guards. The Kings don’t have the cap space to target anybody other than fringe starters in free agency, so I get why you’re focusing on guys like Trey Burke. But I mean he’s still Trey Burke.

I think these types of highlight articles would be more fun if it was like here’s Myles Turner. There’s rumors he want’s out of Indy. Here’s why he’s an interesting trade target..

(obviously you can write whatever you want to write about. I’m just saying potential trade target profiles would generate more engagement imo.)

I agree to an extent, but I really do like Sanjesh’s breakdowns. They are ace. What I do like about these articles are the discussion and thoughts about players that I would normally never think about. They’ve helped me think outside the box when it comes to roster makeup. All that being said, I do like your idea of trade target articles. Maybe toss in some of those IN ADDITION to Sanjesh’s free agent pieces?

It also shows the supply and demand. Lots of these guys are around, they grow on trees, therefore they are only worth the minimum nba salary. It’s also a reality check for the upcoming draft. If 20 undersized guards who recently declared for the draft can put up Trey Burke numbers, they are worth only a 2nd round pick.

That is a good suggestion! I’ll be writing about intriguing players available in each position, but as you’ve seen by now I started with point guards first. Once I put out these FA pieces, I’ll start doing research on potential trade targets

let me know when you find someone whose playmaking skills are above average for his position. Because that’s what the team needs I think.

you must be fun at parties

i won’t go to yours

Yeah I love these write ups don’t get me wrong. I just think the Kings cap situation kinda pigeonholes you into featuring players that probably won’t have a big impact.

(that being said please do one on Davis Bertans. I think he would be awesome paired with Fox if they could somehow afford him)

Bertans would be nice on this roster with Fox but he would essentially make Namanja redundant. Like you said, however, if the Kings could afford him. He’s likely to be a hot item in free agency. I’d wager he’s likely to make around $10M per year, while Nemajna is on the books for $7M.

Bertans is one of the better FAs available in a weak market. I doubt Sac can afford him in this climate 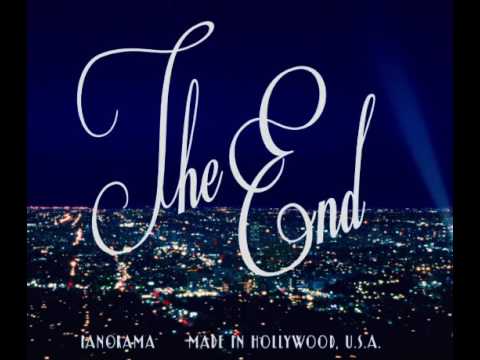 I’m still really amazed that Adam Silver was able to pull off The Bubble without anyone testing positive during the season/postseason. I definitely had my doubts when all those reports before The Bubble started of players testing positive, but wow.

Last edited 2 years ago by Klam
2

I had my doubts as well. I’m glad they wrapped it up before cold and flu season. Now I wonder, with cases again beginning to rise across the country, if they are going to be able to start next season in the middle of winter without the use of the bubble. Silver is gonna have his hands full trying to plan the logistics of next season.

Ugh, Lakers champions again. This particular Laker team infuriated me more than most. When Alex Caruso is in the running for your 3rd best player, you shouldn’t be close to even sniffing a championship, let alone even in the playoffs. They were terribly run for most of a decade and still lucked into two top 3 players in the league because “LA”.

But the bubble was a wild success. Congrats to the league for accomplishing the impossible.