[Sticky] How long before Walton should be fired?

Give LLLLLLuke his walking papers and let superior talent and skill do the coaching - I mean Alvin Gentry is *right there*!

This is easy. Fire him asap.

Walton should really be gone ASAP. There's no reason to keep him if you know he's gone at the end of the season anyway. All that does is allow these guys to develop bad habits under him

Agreed, it's like committing a really bad golf swing to muscle memory. The sooner you get a real coach, the sooner the improvement starts.

Let him finish the season so that the decision to fire him will be unequivocal.  Also, picking up a replacement mid-season will only sour fan sentiment of the replacement if the ship can't be righted mid-season.  Give a new coach a fresh chance in a new season.

The young Kings would Hop all over Pop. 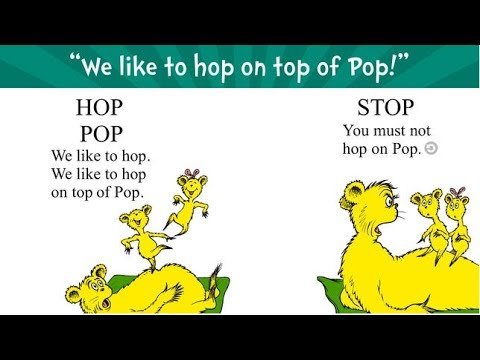 They should have let him go with vlade and changed the whole culture of the team before the season even started like the 49ers did with lynch and shanahan. Jerry Reynolds said it best on the podcast... Good coaches like sloan and pop would never stand for this kind of lackluster effort on D. Get rid of him!

If you're trying to build a culture of effort and accountability, how can you not fire him yesterday?  If he's not the right coach (and omg he certainly doesn't seem to be in a sample size that grows more convincing every day), then cut bait and stop wasting time.

Why should players care if the organization doesn't care?   It's easy to think of players and draft picks as 'assets' to be flipped, traded, cut, bought/sold, etc, but, at the end of the day, they're people and people don't do good work if they're not happy.  And who is happy waking up every day and heading to work that is a complete shitshow?  Changing culture is hard and it gets harder every day you delay pulling the band-aid off.

If Gentry isn't the long-term solution, at least he can try to get things on a better footing than they seem to be today.

Organization and culture can overwhelm any single individual - for good or bad.

Put Michael Jordan on today's Kangz and he might add another 20 - 30 wins but it's more likely that he'd be completely checked out in a week.  Lose the rest of the year, get Cade, and you still haven't addressed the cancer that is destroying this team from within.  And he'll turn into the next huge draft bust.  Give Halliburton another month and we'll wonder 'what happened to our ROY candidate?'

Waiting to make changes in hopes of getting that #1 draft spot is asinine - you are handing control over your destiny to a freakin' bingo machine....control what you can and make the most of it and don't rely on fate/luck/unicorns/fairies.

If you knew today that Cade was out of reach no matter what you did, would you still be riding Walton to the bitter end?  Make the best choice TODAY that you can make and don't make decisions based on what you hope might happen.

@bigdrewbot Let Walton ride coach out the season or at least until the ASB.  KIngs desperately needs Star Power. In a loaded draft, this team needs to get someone in The Top 7. Gentry is awful.  No point making him the interim coach. If you look at Gentry's coaching record, It's abysmal and that's being kind. It really SUCKS, if you ask me.

Walton is a terrible coach. That said, I'm fine with his coaching the rest of this lost season. Then let Monte hire his guy free from Vivekian shenanigans.

@selecaokoj Imagine you're working for a company that is struggling - had some success in market a decade or so ago when its thingamajob was all the rage and sold really well.  However, since then, the company has been woefully mismanaged.  You're in an office in HQ with a team of people who have potential to be decent at their job, esp with a leader who could inspire you all to put your heads down and be dedicated (not an especially high bar).

However, you have a team manager who is not only terrible at knowing what to do and keeps trying to the wrong thing.  But he's also a terrible manager of people and has pretty much sucked any joy out of going to work and you dread the daily standups, the afternoon 1:1s, etc.  Even the really good free coffee doesn't make it worth going to work.

The president of the company is thinking about dumping this team manager.  However, if he waits until the start of the new fiscal year (5 months away), he has a chance at getting a new designer who might just create thingamob v2 and bring the company back to relevance.  In fact, this designer relishes a turnaround opportunity and the worse things get, the more likely he is to choose your group so he can be freakin' Jesus and bring things back from the dead.

BUT BUT BUT he's never actually designed a real product (just some really nifty demos while in design school) and nobody knows if he can deliver a finished, sellable product or, even if he can, if thingamabob v2 will be a hit.  If he can't, the team might never recover from the nadir that the current manager has driven it.

The president could also look at the existing team, replace management and try to start turning things around today and not letting it crater completely - hiring reasonable, baseline competent manager who could at least maximize what the existing team are doing and work on executing the existing turnaround plan that he wrote when he was hired a few months ago.  The president will still be able to hire a really strong designer, just not the star that everybody covets and could also hire a  star manager at the same time to take over from the care-taker.  With this star manager, the designer could excel in a team that is all pulling the same direction and, together, the team could still be able to deliver thingamabob v2.

I'm not going to argue that Option 1 is not a valid choice - it's very high risk, potentially high reward.

To me though, Option 2 seems much lower risk with still good chance of getting to the same reward because Designer #10 and a cohesive look-out-for-each-other team could put together great products.

And if I were on the team today, it's pretty likely I'd quit and not wait for Option 1 to play out because my life is too short and I'd rather go work at Company B that is already way more successful.  And Designer 1 is going to have a much tougher time if he then has a mediocre team around him because all the competent people bailed.

@rc50cal it doesnt have to be a lost season though. Its 14 games in... Even if we aint gonna contend for a title right now, a push for an 8th seed or even a .500 record at the end of the season would give hope for next year and let a new regime know who they might wanna keep or let go and have a new mindset going into next year.... I can only speak for myself, but i absolutely cringed the day they announced walton would be retained after they let vlade go. I thought to myself "well we aint making the playoffs again next season, typical kings".

@916king916 It;s not just Walton, though. This team is sorely lacking in high end talent and I would be quite upset if we are somehow lucking into the play-in (or just miss it) and lose the opportunity to draft one of the top 5 guys in this draft.

I don't think a different coach will be able to lift this team up that much, but I would rather have a coach who is focusing on playing the right way and set a proper foundation for next year, instead of trying to win now.

One final thought: accountability. It is a weakness throughout this whole organization. I fear that if we fire Walton and sit out the year with an interim coach, the players will tune him out and continue to play as lackluster as they have done so far.

I mean, I would say yesterday, but I also would like to get a top 3 pick... sooooo maybe keep him around?

Still a relevant question today and the coming 5 months, I suppose...